The City academic will lead on the development of a new generation modelling suite, combining machine learning techniques, for the survivability of wave energy converters in marine environments. 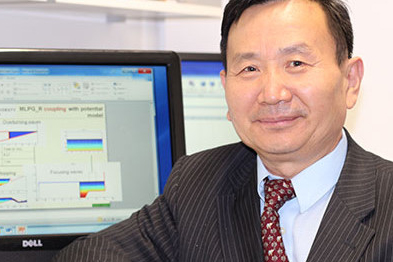 Supported by a £1m research grant from the Engineering and Physical Sciences Research Council (EPSRC), part of UK Research and Innovation (UKRI), Professor Ma will develop the WavE-Suite, a new generation modelling suite for the survivability of wave energy converters in marine environments.

Professor Ma’s project will build on the UK’s leading role in marine wave energy to overcome challenges to devices that capture the energy generated by waves and convert it into a renewable source of electricity.

He says that there is a long history of research into wave energy converters (WECs), “but there are still many challenges to be overcome before they can become fully effective, reliable and economically viable”.

One of the challenges is the lack of robust modelling tools to assess survivability of WECs under extreme marine environments that cause extreme loads and large responses. Such numerical modelling tools should have the capability of dealing with breaking waves and two-phase flow and accurately estimating the effect of viscosity in turbulent states. In the meantime, they must be fast enough so that engineers can simulate the cases within practical time-scales for design.

Assisted by Dr Shiqiang Yan, the project will develop a novel numerical modelling suite by combining different models and by proposing new numerical approaches and machine learning techniques, which will be more accurate and require less computational effort. The modelling suite will be able to automatically go up to very complex simulations only when necessary, and down to simple simulations, depending on the conditions under which the WECs work.

Professor Ma was granted the CH Kim Award by the International Society of Offshore and Polar Engineers (ISOPE) in 2016. He is the first academic from a UK university, and the second from Europe, to have received the award. He also received the 2015 Vice-Chancellor’s Award for Excellence in Learning and Teaching.