Verbatim dialogue from research interviews conducted by Dr Diana Yeh has been restaged in the form of classic British film or TV dramas in a series of short films by the independent film-maker Rosa Fong.

The films (which can be viewed below), showcased as part of a recent British Film Institute (BFI) summit, highlight the invisibility of British East and Southeast Asians on British screens and show why their exclusion occurs despite the proliferation of diversity initiatives in recent years. 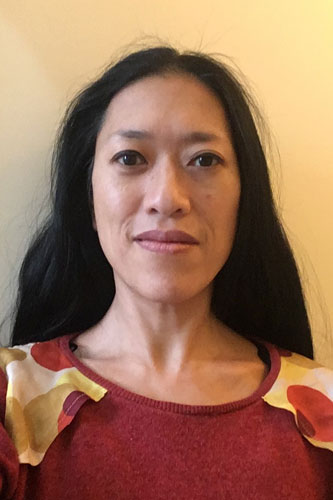 Dr Yeh (pictured) – a Senior Lecturer in Sociology, Culture and the Creative Industries at City, University of London – was also a co-organiser and discussion moderator for the BFI-BEATS summit, which was a collaboration between the BFI, the television channel ITV and the advocacy group BEATS, focusing on tackling systemic racial inequalities in the screen industries.

She said: “I’m proud to have co-organised and participated in this event, which was the first of its kind in tackling issues of racial equality experienced by British East and South East Asians in the screen industries head on, through a series of powerful presentations as well as the launch of the BEATS test.’

The BEATS test takes its inspiration from the Bechdel Test, a measure of the representation of women in fiction, and the Riz Test, which evaluates the portrayal of Muslims and was inspired by actor and rapper Riz Ahmed’s rallying 2017 speech about diversity.

To successfully pass the BEATS Test, a project must be able to answer ‘yes’ to the following three questions, in which ‘BESEA’ stands for British and Southeast Asians:

If the project can answer ‘yes’ to all three questions then it has passed the test.

At the BFI-BEATS summit, a number of examples were used to illustrate the need for the BEATS Test, including the Netflix London-based drama Girl/Haji (in which there were several BESEA characters but only one with a British accent), and the Harry Potter film franchise, which features just one BESEA character across eight films, which shows that even the best work can fail.

Of the 17 films evaluated by BEATS, only three passed the test.

The power to effect real change

Dr Yeh chaired a panel discussion as part of the event, with Rosa Fong among the panelists, along with two other experienced voices in BESEA film – Hong Khaou, a filmmaker whose feature film Monsoon was released in 2019, and actor and writer Lucy Sheen, the first British Chinese female lead in an all-BESEA helmed feature film, the ground-breaking Ping Pong.

During the discussion, Dr Yeh noted that many of the assembled guests were “people with the power to effect real change in the industry”, before challenging each person in attendance to give one suggestion of a practical, concrete change that can be implemented immediately.

“Over the decades, there’s been a huge surge of diversity initiatives in the TV and screen industry,” said Dr Yeh. “But figures show that diverse representation has actually gone down – and for racialised minority groups is actually at the worst ever levels since records began. Where are we now? What’s changed and what are the ongoing problems we’re facing?”

Industry executives among the 100-strong attendance at the summit were impressed by the “brilliant” films and “enlightening” accompanying discussion.

“A hugely compelling presentation and discussion”, said one, while another added that it was “such an important session – helpful and insightful”.

Dr Yeh said she was “hugely honoured” to have her research turned into a series of short films by the award-winning Fong.

These are immensely powerful films in capturing the heart-breaking effects of dehumanising practices in the industry.

"They also testify to the power of film – and the arts more generally – to help us expose and challenge issues of racial inequality,” she said.