Chi-chi Nwanoku OBE was a recent guest of City, University of London’s Department of Music, where she gave a special Distinguished Lecture on the under-representation of BAME musicians in orchestras.

In a talk titled ‘Changing Perceptions: A Glimpse of Tomorrow’s Orchestras’, Chi-chi Nwanoku OBE recently spoke at City, University of London about her passionate belief that orchestras – and music and the arts in general – need to do more to provide opportunities and break down barriers for people from diverse backgrounds.

Head of City’s Department of Music, Professor Laudan Nooshin, introduced Chi-chi to the audience and also curated a question-and-answer session after the lecture.

Chineke! – the organisation Chi-chi founded – is dedicated to redressing the under-representation of black and ethnic minority musicians in orchestras in the UK and further afield. It is also a vehicle for cultural leadership. 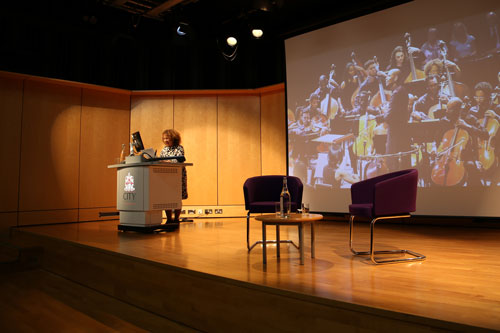 Chi-chi Nwanoku during her Distinguished Lecture at City, University of London

Concerts have included the BBC Proms (making them the youngest orchestra in history to perform at the Proms in their history) at the Royal Albert Hall, which has since become the most viewed prom ever. “In the process,” said Chi-chi, “Chineke! is literally changing lives and winning hearts and minds through its passion, purpose and performance.”

“The majority of people in the world are led to believe that classical music is not for them; that it’s somehow above them. But we’re breaking down those barriers and welcoming people in, to share and experience music that in and of itself does not discriminate.”

Not only does Chineke! visibly reflect the rich diversity of the planet, but its programming, board and management do the same thing as well.

Chi-chi said: “We’re committed to including composers of relative ethnicity in every concert we play; composers whose work stands alongside Beethoven and the likes; composers whose names and work have been written out of history.

“In this, we’re bringing a sense of belonging, as well as educating ourselves and our audiences." 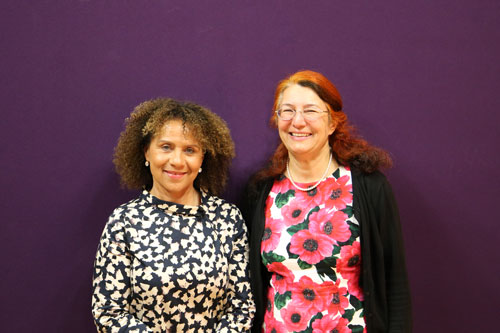 Why not more progress?

“I have been told that Chineke! has changed the conversation,” said Chi-chi, “so why are we still having it? Why has almost nothing changed?

“This is where the well-known phrase ‘action speaks louder than words’ springs to mind. I had absolutely no choice but to take action and create Chineke! and the visible and positive results are beginning to be evident.”

This effort extends through schools, colleges and music institutions.

“However,” says Chi-chi, “white privilege is still very much alive and kicking.

“It’s true to say that most white people don’t think of themselves as part of the problem.

“But every white person who doesn’t think about white privilege is part of the problem not the solution.

“‘Whiteness’ is poorly understood. Most people think that to be white is to be normal and that everything else is a minority identity. But whiteness is constructed; it doesn’t exist in biological fact any more than any other ethnicity. 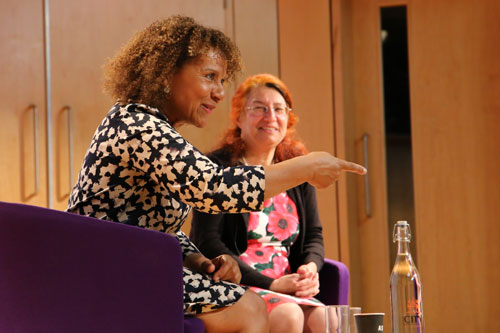 Chi-chi taking questions from the audience

Modern racism is less overt and harder to tackle

“It’s true to say that we’ve lost the overt racism – the kind that my parents experienced in the 1950s and 1960s – which is obviously a positive development,” says Chi-chi.

“But what worries me now, and is harder to combat, is modern racism, because people deny its existence.

“We’ve moved away from naming the problem and have replaced it with all these comfortable labels. Organisations are using phrases like ‘diversity’ rather than really tackling the issues.

“Ultimately, we need to make people think about race and identity because we’re far too happy to go round in circles having the same conversations.

“I maintain that there is no such thing as ‘unconscious bias’; it’s just bias – end of.

Concluding her lecture, Chi-chi said that discovering her own possibility and purpose is enabling her to see the same in others too.

“I am passionate about empowering people to discover their own voice and have the confidence to pursue their individual and collective ambitions, undeterred by the challenges, setbacks and failures that may occur along the way.”

After the talk, members of the audience spoke with Chi-chi and she was delighted to be introduced to the young girl who had played her in a recent television advertisement.

If you are considering a PhD in Music, City’s Department of Music is waiving the fees for two Doctoral Programmes in Music and particularly encourages applications from under-represented groups. Click here for more details.