A joint webinar organised by the Institute of Physics and Engineering in Medicine and the School of Health & Psychological Sciences at City, University of London.

Registration is free and open to those working in healthcare and research as well as students and the public.

N.B. this event is scheduled to take place online and all timings mentioned refer to UK time. 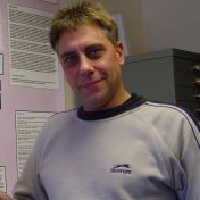 Bio:
Simon is a visual neuroscientist specialising in binocular functions and their contributions to human action control. He joined City University London in 2000 having previously worked as a lecturer at Imperial College and Charing Cross & Westminster Medical Schools in London. He has a BSc in Human Biology and a PhD from the National Institute for Medical Research, London on anatomical and physiological work on animal models of human amblyopia, squint and binocular (3D, depth, stereo) vision loss. He continued this work at UCL and the Medical College of Pennsylvania and in lectureships at London Medical Schools. His focus shifted on joining Optometry at City, where his research has been on the contributions of normal binocular 3D vision to the control of reaching and grasping movements and on evaluating deficits in these eye-hand coordination skills in children and adults with amblyopia and / or selectively reduced binocular functions. 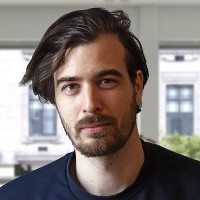 Bio:
Giovanni was awarded a BSc in Bioengineering (2008) and MSc in Biomedical Engineering (2012) from the University of Padova (IT). In 2013 he worked in a company, developing and validating new image analysis algorithms for images of the conjunctiva and eye lids. In late 2013, he began working towards his PhD which he defended in May 2017. As a Marie Curie early-stage researcher, his research was based at the Aarhus University Hospital (DK) in collaboration with the University of Lincoln (UK) and focused on image processing of retinal photographs and data analysis. Giovanni joined the Crabb Lab in 2017 as a post-doctoral research fellow and is now the lab manager. His projects at City have been funded by Wellcome Trust, Fight For Sight, Diabetes UK, working in collaboration with industries such as Heidelberg Engineering and Topcon, some of the leading manufacturers of OCT acquisition devices. 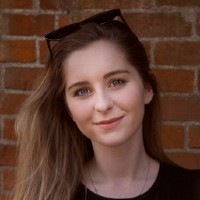 Bio:
Bethany was awarded a BSc (Hons) in Psychology and Cognitive Neuroscience from the University of Nottingham where she discovered her interest in vision research and neuroimaging. She was subsequently awarded a scholarship to undertake an MRes at The University Nottingham in the department of Radiological Sciences. There, she worked at the Sir Peter Mansfield Imaging Centre and the Children's Brain Tumour Research Centre, and her research focussed on the use of tensor imaging of paediatric tumours for visual outcome prediction. This project included elements of visual, radiological, and oncological research. Bethany has now moved to London to join the Crabb Lab, where she is undertaking a PhD in Optometry and Visual Sciences. Bethany's current research interests are Age-related Macular Degeneration and people's experiences of living with this condition. 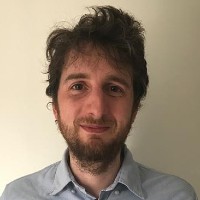 Bio:
Peter is a vision scientist with interest in the development of new digital sight tests. He has a BA in Psychology & Philosophy, from Oxford University, St John's College (2007), an MSc in Informatics from the University of Edinburgh (2008) and attained his PhD in Psychology from the MRC Institute if Hearing Research in 2012. He has worked as Statistics and Reporting Officer at the Scottish Arts Council a postdoctoral researcher at UCL and is currently a Lecturer and researcher in the School of Health & Psychological Sciences at City, University of London since March 2020, working in the areas of psychophysics, children’s visual health, glaucoma, home monitoring, and low-income countries.