Some of our Schools and departments are changing. Find out more.

Sir Julian Young, President (The Institution of Engineering and Technology)

Sir Julian Young retired recently from the Royal Air Force (RAF) after 40 years of service as an Engineer Officer. In his last post, he was Director-General Air within the Defence Equipment & Support (DE&S) organization in the Ministry of Defence (MOD). In this role, he led some 2,265 military and civilian specialists and was responsible for putting to work some £3.7 billion annually on equipping and supporting all of the MOD’s fixed-wing aircraft. He was concurrently a member of the Air Force Board and the RAF’s Chief Engineer and he had a MOD-wide role as the Defence Engineering Champion.

Throughout his long career, Julian held a variety of in-command, manpower policy, operational, engineering, training, logistics and staff appointments, including Project Team Leader for the Harrier GR7/T10 fleet and on the Support Helicopter Force (Falkland Islands, Cold War Germany and Gulf War I). Julian’s first degree was in Air Transport Engineering, and he is a Fellow of the Royal Academy of Engineering. He is also a Governor of Bath College and a Trustee of the RAF Charitable Trust. He was awarded a KBE in 2020, a CB in 2013 and an OBE in 2000. 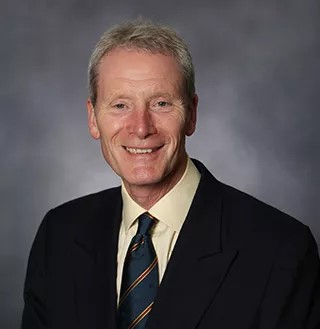 Claudia has been Professor of Design at the Open University since 2013. She returned to the OU in 2008 as a senior lecturer rafter nearly 10 years in the Engineering Design Centre at the University of Cambridge, where she was a senior research associate and associate director. For nearly 30 years she has been working in parallel with empirical and theoretical analyses of how design processes work on developing tools and methods to support design processes in engineering, fashion and construction. 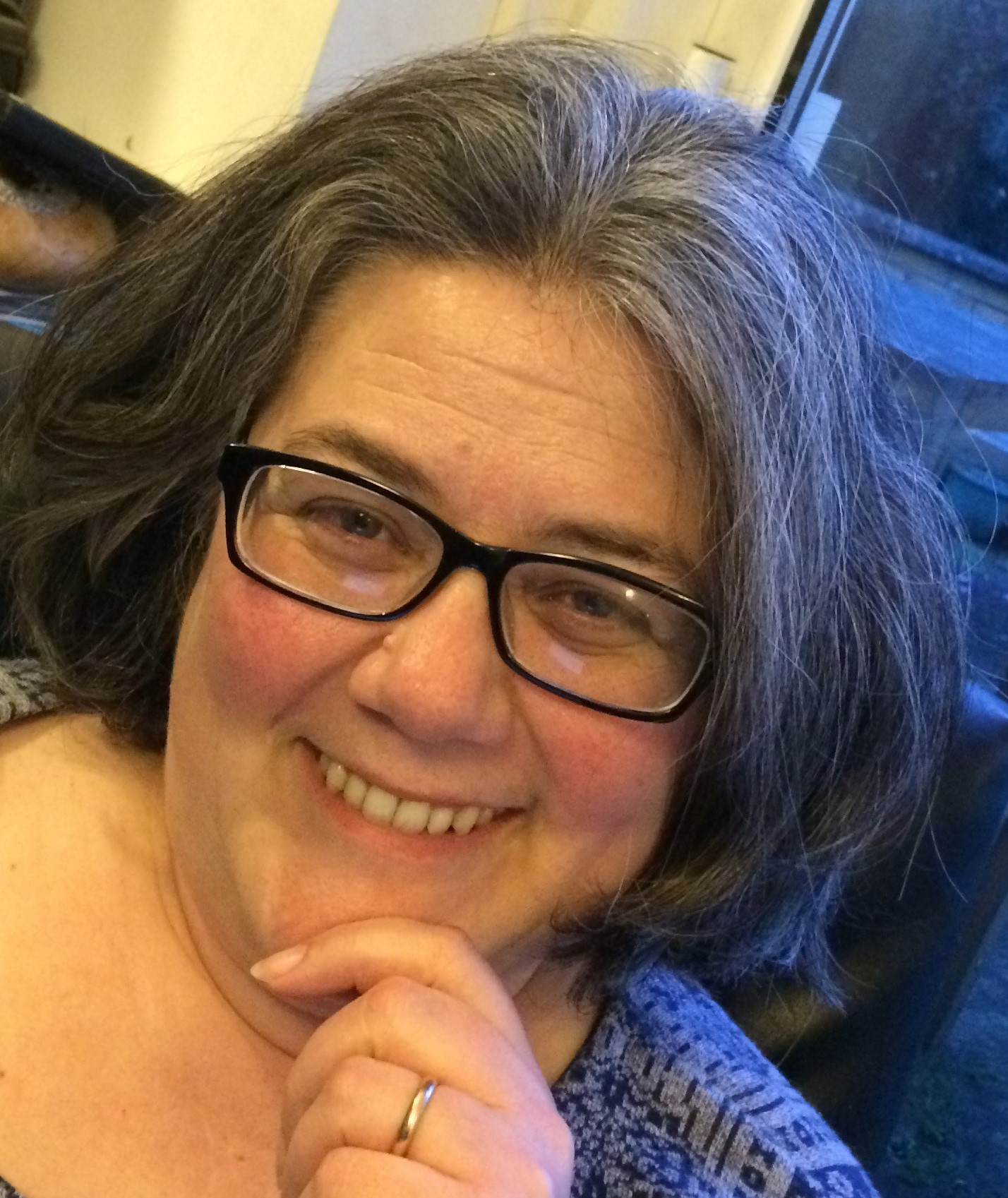 Professor Richard Ashcroft is Professor of Bioethics and Deputy Dean of the City Law School at City, University of London. He studied mathematics and history and philosophy of science, and was awarded a PhD on the ethics of scientific research, at Cambridge University. He has worked in medical schools and law schools at a number of UK universities, teaching medical ethics and law and publishing extensively on medical research ethics and on ethics in public health and health promotion. He was a Turing Fellow in 2018/19. He has served on a number of public bodies concerned with bioethics, most recently a working group of the Nuffield Council on Bioethics on the ethics of human genome editing. 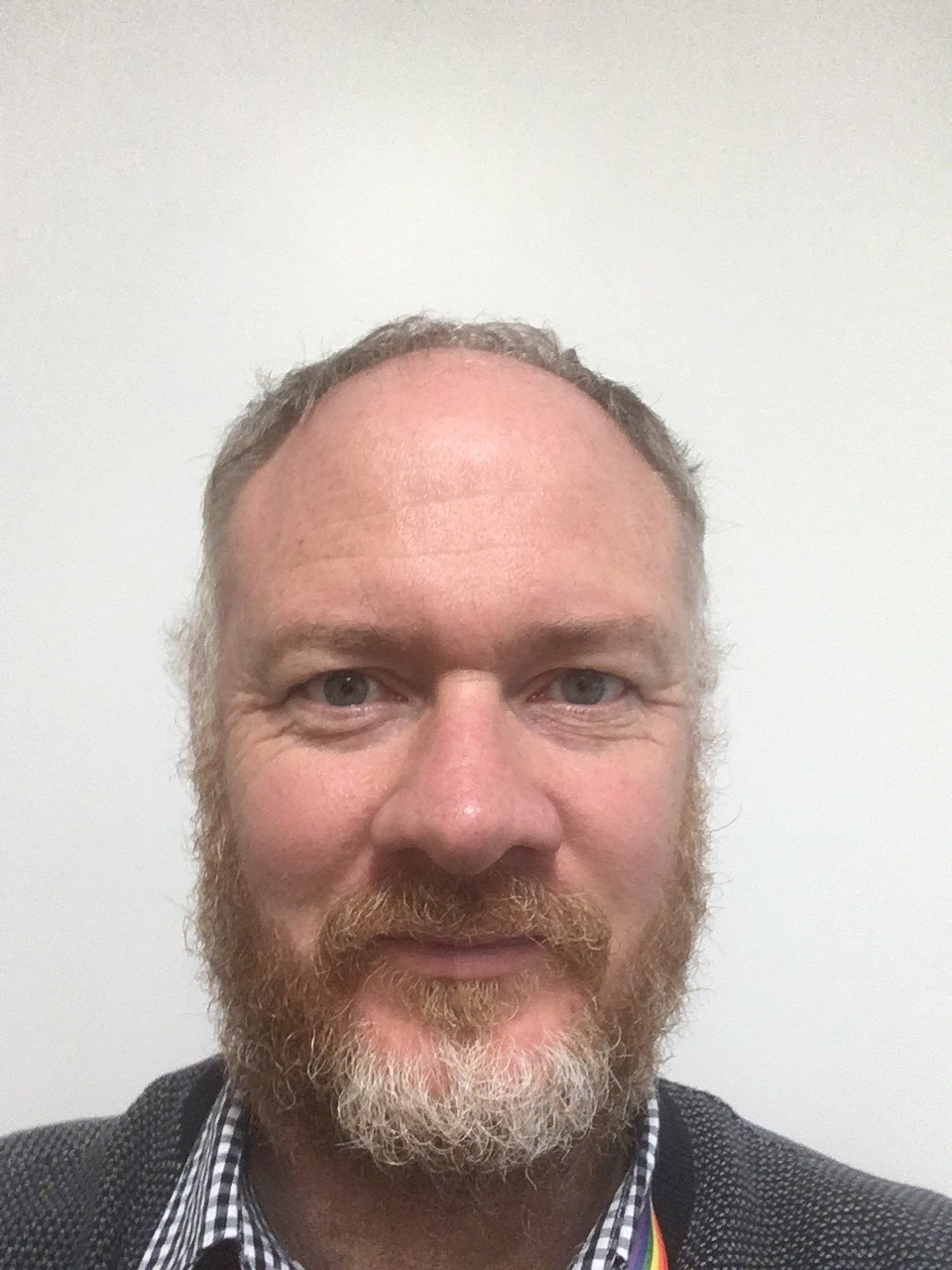 Paula Palade holds a PhD in Electrical Engineering and works for Jaguar Land Rover as a Digital Manager and in parallel researches the topic of Ethics of Connected and Automated vehicles in collaboration with Bradford University. Paula has published as part of an independent group of experts, in September 2020, a report commissioned by European Commission on Ethics of Connected and Automated Vehicles (CAVs). The report includes 20 recommendations covering dilemma situations, the creation of a culture of responsibility, and the promotion of data, algorithm and AI literacy through public participation.

Paula is a BSI delegate representing Jaguar Land Rover and Automotive Group Expert on the ISO TC241 Road traffic safety management systems WG6 - Guidance on safety ethical considerations for autonomous vehicles, contributing to the future requirement standard ISO 39003. Paula is a Chartered Engineer with the IET, Chair of the IET Coventry and Warwickshire Local Network and member of the Automotive & Road Transport Systems (ARTS) Executive Committee with the IET and Expert Evaluator for Research and Innovation for the European Commission. 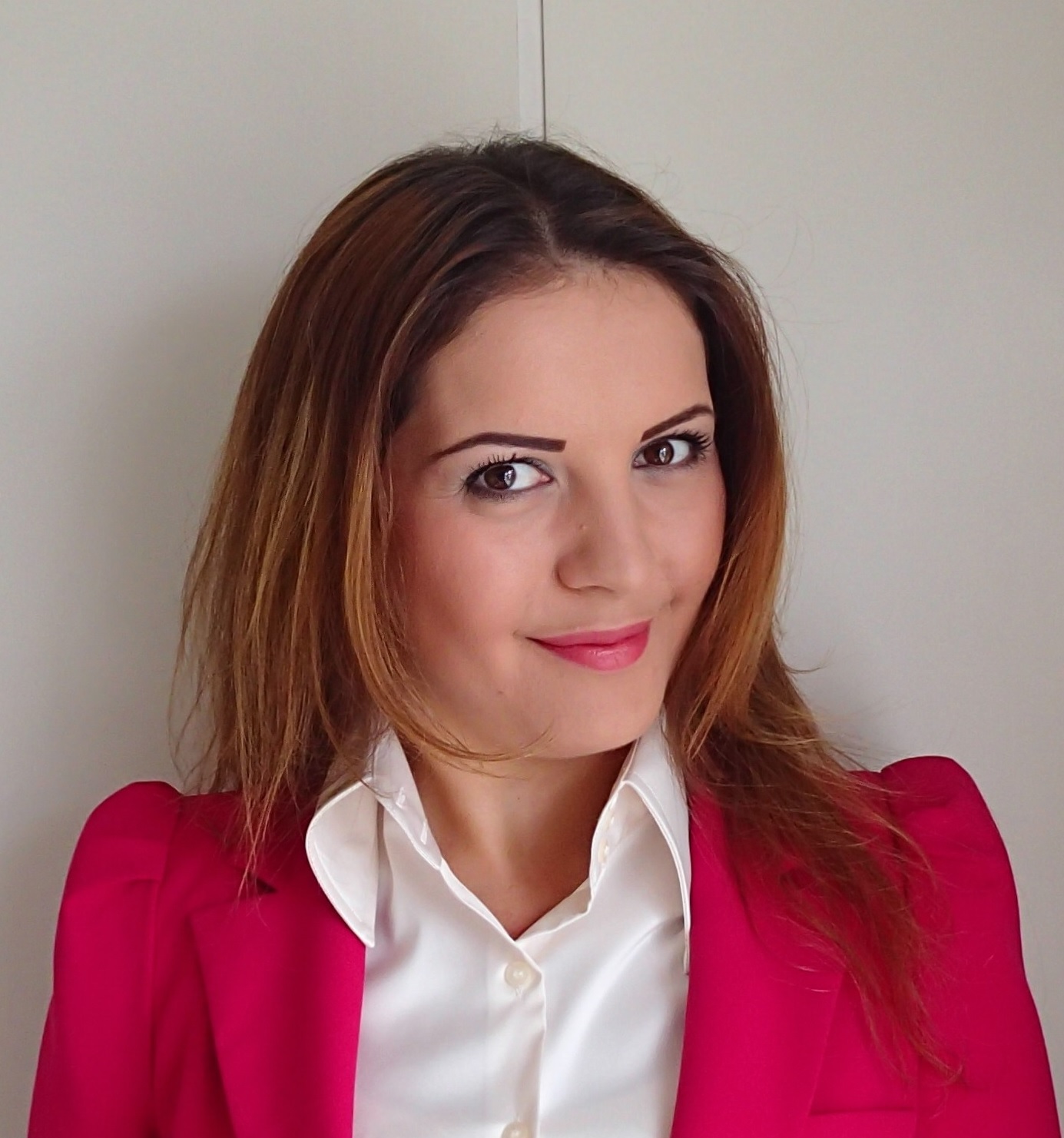 Mike is the Deputy Dean of TEDI-London – a new engineering higher education provider that aims to broaden traditional approaches to attracting and educating the next generation of engineers, founded by Arizona State University, King's College London and University of New South Wales Sydney.  He has strategic responsibility and oversight of operational delivery for the design, development and delivery of TEDI-London’s academic programme as well as the student journey.  Mike is also President of the Engineering Professors’ Council, the representative organisation of UK engineering academics. He plays a leading role in the New Approaches to Engineering Higher Education initiative.  Mike was also instrumental in leading an influential policy paper on degree apprenticeships, an area he had already become experienced in when helping to establish the initial Degree Apprenticeship Programme at Kingston University, where he served as Pro-Vice Chancellor and Dean of Science, Engineering and Computing.  Prior to that he served as Head of the School of Chemical Engineering and Analytical Science at the University of Manchester, where he achieved global top 25 status in QS World Rankings and a top 3 position in the UK in REF 2014 – underpinned by attaining an Athena SWAN Silver Award, which reflects embedding a culture that nurtures and supports all staff and students in attaining their aspirations. 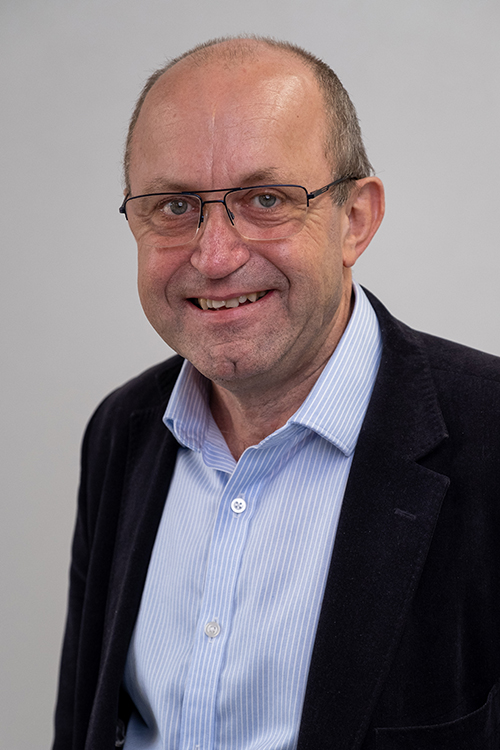 Andrew is a globally experienced, innovative Accenture Senior Managing Director with broad experience in consulting, delivering transformational outcomes and cyber security. His over 30 year career with Accenture has been consistently focussed on being at the vanguard of what Accenture does:

“During the 2010’s I created, from scratch, and lead Accenture’s global Information Security organisation charged with protecting Accenture’s enterprise, client services and employees. As Accenture Chief Information Security Officer under my leadership Accenture established and maintains a world-class cyber posture across people, process and technology. I secure the digital transformation of Accenture and its client services at a time of hyper-growth (500k+ employees, and $150bn+ market cap). Recently make the transition back to a more market and client facing role. During the 2000’s I was a key leader in Accenture’s Global Delivery Network (GDN) and Technology business. We transformed and industrialised Accenture’s technology delivering extra-ordinary growth. In a decade the Accenture GDN grew from a new start-up to over 150,000 professionals serving all of Accenture’s top 100 clients, adding $billions of new revenue and value. I was also actively engaged in the turnaround of challenged client relationships in Europe, Japan and South Africa. During the 1990’s I focussed on delivering large scale, innovative technology programmes for UK and European clients in government, utilities and mostly financial markets infrastructure. Based in London, I appreciate family time with my wife and two sons and enjoy fly fishing and boating for relaxation”. 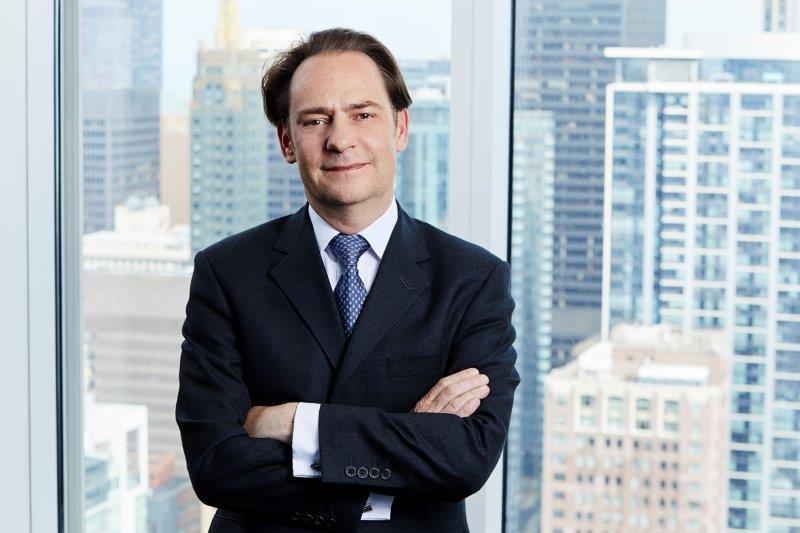 Chris is the Director of the Industrial Policy Research Centre (IPRC) at Loughborough University, formed in collaboration with the Manufacturing Technology Centre (part of the High Value Manufacturing Catapult Network), and was the Member of Parliament for Warwick and Leamington, 2010-2017.

As an MP, he was a member of both the International Development and Business, Energy & Industrial Strategy Select Committees and chaired the All Party Parliamentary Groups on Manufacturing and Social Enterprise. Prior to joining the MTC, Chris was the Director of the Institute for Industrial Strategy at King’s College, London.

Author of the Social Value Act. This legislation is now responsible for influencing approx. £100bn of public spending, a figure which is set to grow.
Led the debate on the Living Wage, Hansard 6 November 2014.
Called for the creation of an Industrial Strategy, Hansard 26 May 2016.

Amongst other roles, Chris is the Vice Chair of the Board of Governors of the Warwickshire College Group, Senior Visiting Fellow in the Department of Engineering, City, University of London, a member of the Economic Policy Committee, Make UK, and a member of the Manufacturing Policy Panel at the IET. 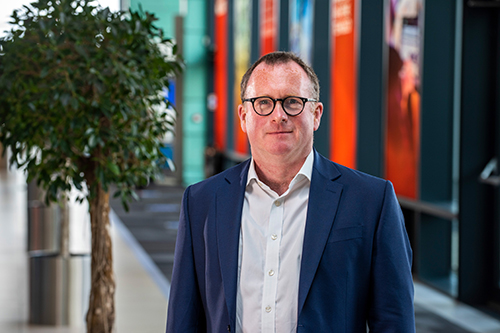 Rob is Senior Warden at WCIT, the tech sector City Livery Company where he leads the Social Value Leadership Group. Outside of WCIT works as chairman for a number of scale-up businesses. He is currently Chair of Bluesource, Simeone Group, VRtuoso, Tailify and advisor to Essence Group and EQI Bank. 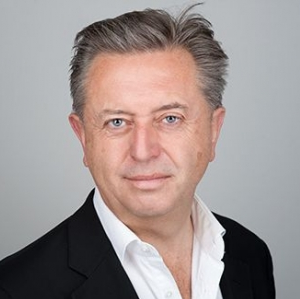 Geoff Keeling, PhD, is a bioethicist at Google researching the ethical design and implementation of machine learning in medicine. He was an Interdisciplinary Ethics Fellow at Stanford University from 2020-2021, based in the Center for Ethics in Society and The Institute for Human-Centered Artificial Intelligence (HAI). Geoff’s broader research interests sit at the intersection of moral philosophy, decision theory, and artificial intelligence. In particular, disputes about ethical decision-making under uncertainty for automated vehicles, and also the application of formal models from artificial intelligence to traditional questions in meta-ethics. His teaching covers AI law and ethics, political philosophy, formal logic, and social choice theory. Geoff is also an Associate Fellow of the Leverhulme Centre for the Future of Intelligence at the University of Cambridge and an Affiliate Fellow at Stanford HAI. 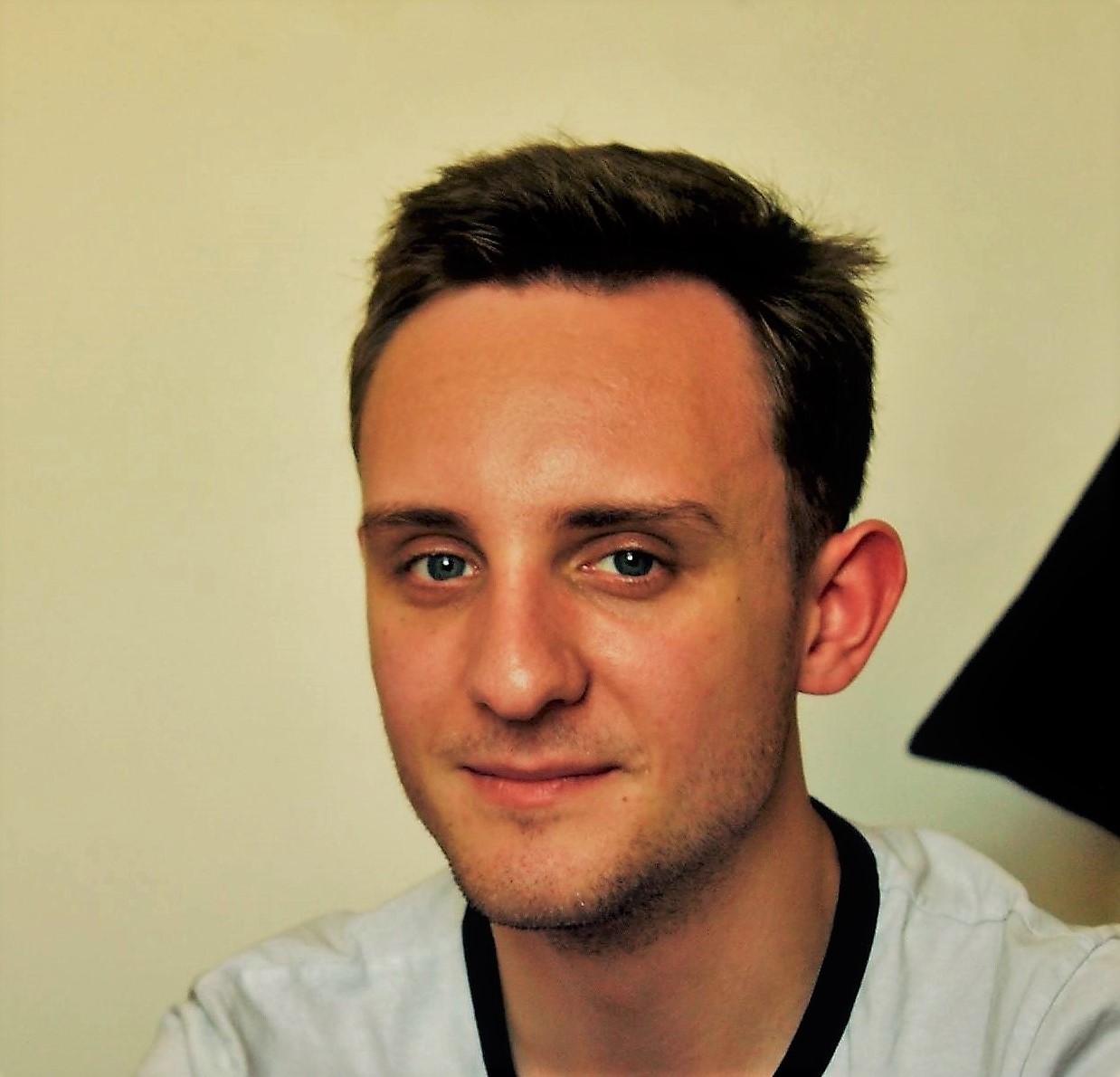