Elite Theory and the 2003 Iraq Occupation by the United States 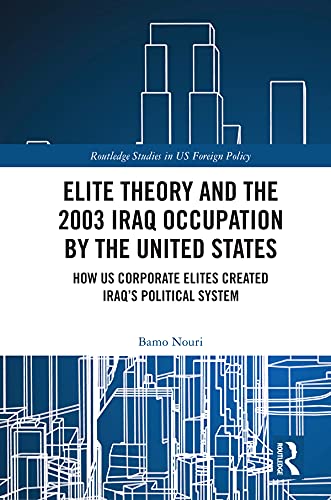 The year of 2022 has been one of Iraq's most politically turbulent periods, with political instability reaching unprecedented levels. Despite the October, 2021 elections recording the lowest-ever voter turnout in Iraq's post-2005 history, they were meant to signify a moment of hope-filled change, given that they took place on the back of wide-spread protests calling for a transformation of Iraq's political system.

Instead the elections led to one of the most violently turbulent and long-winded government formation processes in Iraq's recent history, with Iraqi elites more divided than ever. The consensus government may indeed be on its last legs, as symptoms include the withdrawal of election winner Muqtada al-Sadr from the political process and a newly formed government that remains embroiled in a legitimacy crisis.

Iraq's challenges do not occur in a vacuum, with external influence playing a significant role in maintaining the consensus based political system, with corruption, unemployment and a lack of basic services continuously challenging the majority of Iraq's population, with over 70% being under the age of 35. Most worryingly for Iraq - which during August 2022 was recorded with having the highest temperature in the world - the last decade has made it clear that it's corrupt political system will not be able to deal with the challenges of climate change, let alone other institutional, economic and social challenges.

Join us in the conversation as we analyse Iraq's political present in context whilst exploring future trajectories of where Iraq may be headed domestically and in foreign affairs.