The social reception will be held at St. Barts Brewery on Tuesday 10th September 2019. 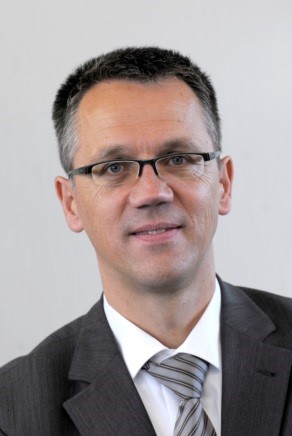 Prof. Dr.-Ing. Andreas Brümmer, is Head of Chair of Fluidics at TU Dortmund University. Prof Brümmer leads the world known group who researches in positive displacement screw machines since 1970’s, initially started by Prof Knut Kauder. Prior to becoming Professor at TU Dortmund University in 2006, Prof Brümmer worked at the Technical University of Braunschweig until 1997. In his doctoral thesis he investigated the soaring flight of birds and developed a numerical method to calculate their induced drag. Subsequently he moved to the company Kötter Consulting Engineers to take position of Head of Department for Fluid Dynamics. In this position he solved sound and vibration problems on positive displacement machines, e.g. screw compressors and reciprocating compressors. In 2005 he became the technical director of the company.

Topic: Leakage losses in twin-screw machines
The energetic and volumetric efficiency of many positive displacement machines is highly determined on leakage losses. Completely different flow patterns appear in clearances, ranging from the liquid flow via the multi-phase flow to the gas flow or from the subsonic to supersonic flow as well as from the (quasi-)stationary to transient flow. Additionally depending on the boundary conditions, friction or heat transfer is more or less important too. At the same time, cavitation effects in liquids and gas dilution effects in vacuum pumps may strongly influence the leakage losses. The aim of the keynote lecture is to give an overview of these different types of clearance flows using the example of screw machines (screw compressor, screw expander and screw vacuum pump). At the TU Dortmund, this type of machine has been investigated for more than forty years. Experimental results as well as possible calculation approaches will be discussed. Finally, open questions for future research are addressed.

The guest speaker at the conference dinner will be The Baroness Brown of Cambridge, Julia King, who will speak on the challenges of addressing climate change. 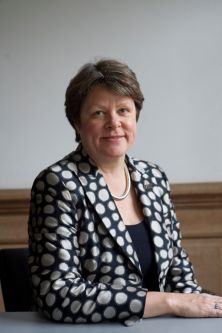 The Baroness Brown of Cambridge, Julia King, is one of the most senior British women engineers with many prestigious appointments in the public sector as well as in industry and academia and is the recipient of a number of very distinguished awards. Professionally, apart from being a Chartered Engineer, she is a fellow of the Royal Society, the Royal Academy of Engineering and the Institute of Physics and an honorary fellow of the Institute of Materials, Minerals and Mining, the Energy Institute and the Institute of Engineering and Technology, while in 2012, she received the royal award of Dame Commander of the British Empire. In 2015, she was appointed as a life peer and is a Crossbench member of the House of Lords. She is presently Chair of the Carbon Trust, STEM Learning Ltd, and the Henry Royce Institute for Advanced Materials, and, apart from senior positions in industry, she held a number of academic positions and was the Vice-Chancellor of Aston University from 2006 to 2016. She has published over 160 papers on fatigue and fracture in structural materials and developments in aerospace and marine propulsion technology, and has been awarded the Grunfeld, John Collier, Lunar Society, Constance Tipper, Bengough and Kelvin medals as well as the Erna Hamburger Prize and the 2012 President's Prize of the Engineering Council. Baroness Brown has held a number of senior public appointments and works closely with Government on education and technology issues. She is a member of the Committee on Climate Change, served on the Airports Commission, and as the UK's Low Carbon Business Ambassador for 10 years, was a non-executive Director of the Department for Business, Innovation and Skills, and has held numerous other public and private appointments.

Julia is married to Dr Colin William Brown, Chief Executive of the Institution of Mechanical Engineers.

Dr. Yunho Hwang is a research professor and associate director of Center for Environmental Energy 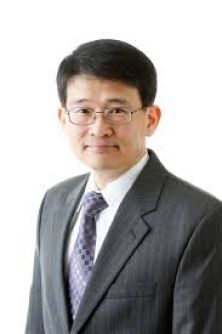 Engineering (CEEE) at the University of Maryland. He is a worldly-known expert for “Energy Efficiency and New Innovative Energy Systems Research” in the field of refrigeration and air-conditioning (RAC). He started his industrial career at Samsung Electronics in 1983, developed energy efficient heat pump systems, and replaced ozone-depleting R12 with R134a in household refrigerators. Since he joined the University of Maryland in 1993, he developed R-22 alternative refrigerants for air-conditioning systems, and then started his research on enhanced CO2 systems. From 1997, he started Energy Efficiency and Heat Pumps Consortium as a director and successfully developed multiple innovative energy efficient and sustainable RAC technologies. In addition to developing energy efficient technologies such as two-stage CO2 split cycle, saturation cycle, and hybrid separate sensible and latent cooling technology, he has initiated new innovative researches on “Not-in-kind” Refrigeration Systems beyond sorption technologies such as elastocaloric cooling systems and electrochemical compression for natural refrigerants. As an educator and researcher, he advised UMD students teams for multiple national and international collegiate design competitions, introduced innovative thermal systems concepts, and helped team win either First or Second place. He is an ASME Fellow, an ASHRAE Fellow, and a member of ASME, ASHRAE, SAE, and IIR. Currently, he serves as a chair of ASME's Advanced Energy System Division, a Vice President of Commission B1 and a past chair of the LCCP Working Group for the IIR, a Program Chair of the Refrigeration Committee for ASHRAE and an operating agent of ANNEX 54 for IEA HPT.  He also serves Energy, Elsevier (Netherlands) as a subject Editor since 2015 and Int. Journal of AC&R, World Scientific (US), as a editor since 2013. 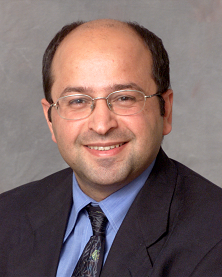 Mehrdad Zangeneh is Professor of Thermofluids at University College London and Founding Director of Advanced Design Technology, Ltd, which is a global leader in development of design tools for turbomachinery such as centrifugal compressors used in chiller applications. For the past 30 years he has been involved in development of advanced turbomachinery design codes based on 3D inverse design approach and automatic optimization to turbomachinery design. His research has resulted in important breakthroughs in radial turbomachinery, such as the suppression of secondary flows in radial and mixed flow impellers and the suppression of corner separation in vaned-diffusers. He has been granted 7 international patents. He is recipient of Japan’s Turbomachinery Society’s Gold Medal and the Donald Julius Grone Prize by the Institution of Mechanical Engineers in UK. He has published more than 120 papers in journals and refereed conferences.

The legislation to phase out high GWP refrigerants such as R134a is forcing many chiller and air-conditioning manufacturers to upgrade their range of chillers with new low GWP Refrigerants such as R1233zd(E) or R1234ZE. Many of these low GWP refrigerants are relatively low pressure and hence lead to the requirements on complete redesign, optimization and update of a whole range of chiller compressors for low GWP applications. Furthermore, the use of lower pressure low GWP refrigerants is affecting the efficiency of screw compressors that are commonly used for low capacity/low tonnage applications.

In this presentation we will present a complete design system developed by Advanced Design Technology Ltd, a UCL Spin Out Company, which can be used for cycle analysis, initial sizing and full design optimization of Chiller compressors. The system relies on look up tables created from REFPRO from cycle analysis to 3D design of impellers and volute and their optimization. The system benefits from direct integration with ANSYS Workbench for CFD or structural optimization. The application of the system to a high tonnage and low tonnage application is presented. 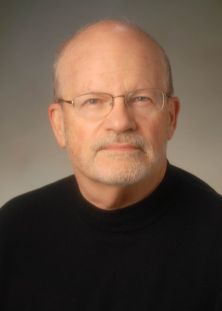 ack Sauls retired from Ingersoll Rand / Trane in 2013 after a combined 43 years in the aerospace and refrigeration industries. He received his degree in Aerospace Engineering from Georgia Tech in 1970 and worked on aircraft engine gas turbine compressors at Pratt and Whitney and Avco-Lycoming before joining Trane in 1973. His 41 years at Trane were spent working with compressors for refrigeration applications. His primary role has been in the development and application of thermodynamic and fluid dynamic analyses for the simulation of compressor and compressor-system performance. In addition, he has been involved in the development of specialized design and manufacturing simulation models for screw compressor rotors. Jack has published 36 technical papers in several conference venues, authored 43 Ingersoll Rand / Trane internal technical reports, and holds or is party in nine US Patents. In retirement, Jack has participated in limited-engagement engineering consultations. However, his primary focus has been his family, church and humanitarian projects in Africa and the Dominican Republic, bicycling, and the manufacture of rear-view mirrors for cyclists.

Topic: You Don’t Know What You Don’t Know - Stresses on Refrigeration Compressors
Compressors do not generally lead an easy life. They are conceived, designed, developed, manufactured, and applied in environments that impose a variety of stresses that must be successfully addressed to arrive at an effective, efficient product. I appreciate the opportunity of this informal session to share my experiences, looking at successes and failures from which evolved a variety of processes to include the stresses in all phases into the compressor’s design. Discussions will draw on information reported in conference papers I have published over the years. The atmosphere will be casual with opportunity for interaction with each other during the session and providing “introductions” for participants to connect during the remainder of the conference.