Please note this event will be held on Zoom Webinar

Journalistic criticism of recordings has a history as long as the medium itself. Since the publication of Robert Philip’s Early Recordings and Musical Style in 1992 there has also been an expanding analytical literature of sorts, perhaps particularly influential in helping to shape changes in approaches within historically informed performance (HIP), as, for example, in Clive Brown, Neal Peres da Costa and Kate Bennett Wadsworth’s Performance Practice in Brahms Chamber Music (2015, 2016), published as a companion volume for Bärenreiter-Verlag editions of Brahms’ chamber music and specifically addressed to performers. Outside HIP, however, performers and composers rarely communicate explicit responses in their own practice to the performance dimensions of our recorded legacy. How can musicology address these practitioners and draw them into a detailed and meaningful engagement? What kinds of models might complement established critical and analytical approaches? These questions lead to a case study of a series of six cello pieces written by American composer Richard Beaudoin that respond to detailed microtiming analyses of iconic recordings: Casals/ Bach, Gould/ Schoenberg, Argerich/Chopin, Debussy/Debussy (a Welte piano roll recording), Monk/Johnny Green (‘Body and Soul’) and Maggie Teyte and Alfred Cortot recording Debussy. 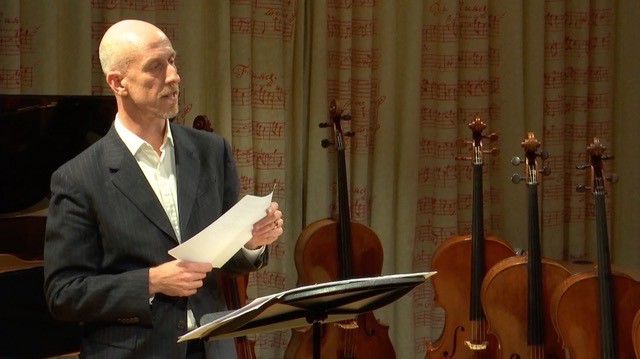 As a soloist and chamber musician, cellist Neil Heyde has appeared throughout Europe, and in China, the USA and Australia, broadcasting for the BBC, WDR, ORF, Radio France, RAI, NRK, DR, Netherlands Radio and many other networks. An Australian, he moved to London in the 1980s and it has been the perfect place to make musical connections and build relationships. He combines life as cellist of the Kreutzer Quartet with his role as Head of Postgraduate Programmes at the Royal Academy of Music, where his research work focuses on relationships between performers and composers (past and present) and notions of instrumental choreography. He is currently completing a critical edition of Debussy’s three late sonatas for the Œuvres completes de Claude Debussy in Paris.