Please note this event will be held on Zoom Webinar

On 8 August 1914, five days after France declared war on Germany, Debussy wrote to his publisher Durand: “I’m quite devoid of sang-froid and even more so of the military mentality, never having had the occasion to handle a gun. Then there are my memories of 1870 which prevent me reaching a pitch of enthusiasm, as well as the anxiety of my wife who has a son and a son-in-law both in the army! … I’m nothing more than a wretched atom hurled around by this terrible cataclysm, and what I’m doing seems to me so miserably petty!”

This letter stands out on several counts. First, it reveals the traumatic effect that the Franco-Prussian War (1870-1871) had on Debussy. He was just eight when Paris was besieged by the Prussians and overrun by the Communards. The French government retaliated by slaughtering thousands of Communards and imprisoning many more, including Debussy’s father. Second, it illustrates Debussy’s profound skepticism about the war. Certainly, he felt pangs of patriotism and famously identified himself as “musicien français.” But he was suspicious of the French government: “When will the practice cease of entrusting the destiny of nations to people who see humanity as a way of furthering their careers?”

Given such diverse feelings, it is hardly surprising that Debussy’s wartime pieces were extremely varied in character. For example, La Chute de la Maison Usher conveys the fear felt by many French citizens, whereas Noël des enfants expresses anger at the waste of human life; the Prologue of the cello sonata captures the pain caused by the war, whereas many of the piano Études seem to deny what was happening; and Berceuse héroïque expresses sympathy for the victims, whereas the Finale of the violin sonata conveys acceptance and even hope for the future. Fear, anger, denial, pain, sympathy, acceptance, and hope are all feelings that people associate with the grieving process: this suggests that Debussy used these works to help him and those around him cope with one of the worst calamities in human history. 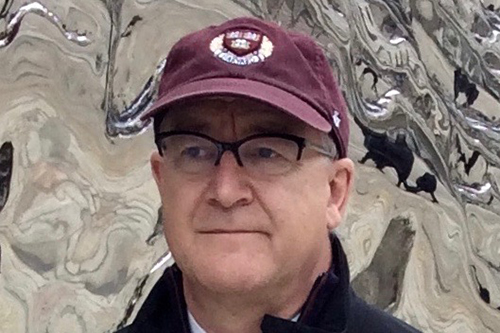 Matthew Brown is a graduate of King’s College London (B. Mus., 1st Class) and Cornell University (MA, Ph.D.), and a member of Harvard’s Society of Fellows. He is Professor of Music Theory at the Eastman School of Music. He is author of four books—Debussy’s ‘Ibéria’: Studies in Genesis and Structure (Oxford, 2003), Explaining Tonality: Schenkerian Theory and Beyond (Rochester, 2005), Debussy Redux. The Impact of His Music on Popular Culture (Indiana, 2012), and Heinrich Schenker’s Conception of Harmony with Robert Wason (Rochester, 2020)—and over forty articles/reviews in such periodicals as the Journal of the American Musicological Society, Music Theory Spectrum, Cool and Strange Music! and Science. Brown is a founding member of TableTopOpera, a group of Eastman faculty and friends that specializes in digital multi-media projects. He is also involved with various projects in AR/VR with the University of Rochester’s Medical Center and Department of Electrical Engineering.