Please note that this is a virtual event taking place live via Zoom. If you are interested in attending, please register for the event. Once you register, you will receive automatic email notifications 48 hours and 2 hours before the event with the Zoom invitation.
Please also note that this event will be recorded, with the exception of any live audience questions.

Admission Price: This event is free to attend. Please sign up here

Hosted by the Institute for the Study of European Law 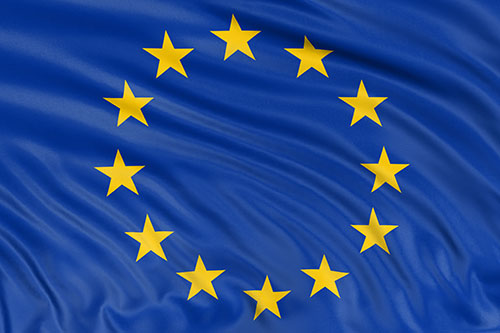 Symposium Special Issue of Journal of International and Comparative Law: The Future of EU law

Most significant interventions in the field of EU law have predominantly always been backwards looking and historical, given the nature of integration- perpetually in want of a narrative to explain and expound its significance. This symposium represents a discrete exercise of future-mapping of EU law at the start of a new decade from a diverse range of interdisciplinary scholars across the globe relating to European Union law. It explores how the future is analysed, mapped and project as to the EU as a subject. It examines three key issues: I) the constructivist future of EU law, II) the methodological future of EU law and III), the conceptual future of EU law.

This symposium will focus upon interdisciplinary consideration of future directions of European Union (EU) law and policy and governance and constitutionalism and how this is done in a burgeoning set of sub-disciplines of EU law. It probes a diversity of sub-fields, exploring inter alia the future of public and private law related themes, cutting-edge regulatory developments, the next legislative agenda and the post-Brexit constitutional legacy and landscape. It thus considers both the descriptive and normative contours of the legal, political and competence shifts that are likely, including from a comparative perspective. How should the future be framed and understood?

However, the Special Issue also probes the place of time, manner and space in future-mapping of subsets of EU law. The place of legislative and policy time-frames and court-centric timeframes arguably dominate legal methodologies of the future. Yet what strictures do they impose on analysis? Do they hamper analytical method logically? How can, do or should we frame future analysis beyond ‘court-centric’ frames- or not?

On methodologies and future mapping

The future is urban: the progressive renaissance of the city in EU law

This paper posits that there is an urgent need to critically interrogate the positioning of cities within the Union’s architecture. To aid in such endeavours, I propose a five-fold taxonomy to capture existing patterns of interaction between cities and the European Union. Casting an eye to the future, I also consider the methodological implications of that taxonomy for new scholarship seeking to investigate empirically how cities conduct themselves as ‘European institutions’ as well as for prescriptive studies that may recommend novel ways in which the Union legal order could capitalize on city power.”

The Future of EU Soft Law

Defined as instruments that have no legally binding force, but can have legal and practical effects, soft law is employed in most of the EU policy areas, and is currently instrumental in tackling the COVID-19 crisis. This article draws on the conclusions of a three year study financed by the European Commission and conducted by the European Network of Soft Law Research (SoLaR), to explore future avenues for the study of EU soft law, from conceptual, methodological, and substantive rule of law perspectives. It shows that many of the caveats regarding soft law are becoming more and more salient in the context of the pandemic. The article advocates for a better streamlining the procedures of adoption of such instruments, while putting forward several recommendations that would ultimately help connecting better the different levels of EU governance.

This article therefore intends to consider the role of tax harmonisation in the EU in the context of the minimum harmonisation mechanism for differentiated integration in the normative context of questioning how far should harmonisation go in the EU. It is an innovative methodology, tracing the historical expansion of tax competence in the EU, in a traditionally thought of area of Member State competence, but displaying the limitations to achieving this within the EU. The article then seeks to address the future and the impact UK divergence through Brexit may have on the (in)ability of the EU pursuing its further harmonising agenda.

The dynamic of European Union (EU) competition law usually plays out in two-dimensions: the ability of its technical framework to capture and deal with economic reality and the intensity of judicial review of its enforcement. At the same time, competition law is developing into another dimension: the call to explicitly integrate societal concerns in its enforcement. The status quo seems untenable, as societal concerns are recognised in general EU law and feed the political appetite for more forceful intervention. Therefore, either this third dimension of competition law is (again) emphasised and reflected in substantive changes and judicial control, or competition law itself risks being overrun and limited to a much narrower scope of action.

The Future of the European Social Model – Lessons from the Past?

This paper imagines a future for the European Social Model by looking ‘at the road not taken’. It reviews the proposals put forward in Aristide Briand’s “Memorandum on the Organization of a System of Federal European Union” (1930) and the resulting inquiry by the “Commission of Enquiry for European Union” set up by the League of Nations in 1930-1931. The latter received evidence from the International Labour Organisation on the prospective future shape of a ‘social Europe’. The paper considers whether the proposals could provide alternative routes for the future development of the European Social Model.

Session II: The substantive future: constitutionalism and the individual

This article builds upon two related issues. The first issue consists in the unpacking of constitutional time as a fundamental notion guiding European integration. The second issue concerns the extent to which it is possible to design a constitutional framework that successfully combines rule of law -as an essential component of constitutionalism- and democracy in the transnational sphere. In particular, a shift from self-referentiality to heterarchy - which will have a profound impact on the EU institutional setting - is both exposed and advocated.

Is there a future for EU citizenship status in the EU’s constitutional crisis?

This paper will assess whether there is a future for the status of EU citizenship in and amongst recent events affecting the constitutional integrity of the EU project. It operates from the premise that rights associated with EU citizenship are inherently underlined by fundamental rights protection. The argument is that there is a pattern of restrictive case law on the scope of citizenship rights in the context of the Eurozone, migrant, rule of law crises and Brexit, which this paper will outline. The overall argument is that these examples demonstrate a problematic trend that raises questions about the future of this supposedly “fundamental status” in light of citizenship’s relationship with fundamental rights.

The future of EU human rights law: Is accession to the ECHR still desirable?

The paper focuses on an almost perennial question: what should the relationship between EU law and the ECHR become, in particular whether EU accession remains desirable. In light of the condition formulated by the ECJ in Opinion 2/13 that EU accession can only happen if the doctrine of mutual recognition is protected from human rights review by the ECtHR. The paper argues that the consequence would be a lowering of the fundamental rights protection enjoyed by individuals in the EU in the Area of Freedom, Security and Justice. It concludes that in light of this negative effect on human rights protection, the status quo of indirect review is preferable and that accession should not take place.