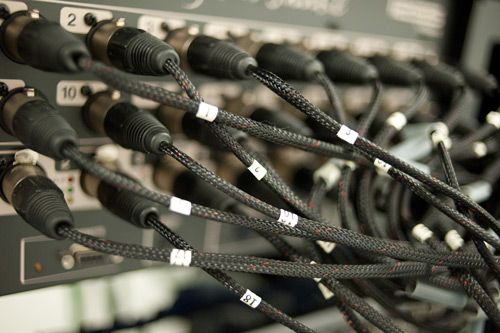 City, University of London, has long held a reputation for innovation and exploration in the field of electronic music, following the establishment of its studios in 1975 by composer Simon Emmerson (now Professor of Music, Technology and Innovation at De Montfort University). Since then, the studios have played a major role in the field, producing generations of leading figures.

In 1990 Peter Gabriel formally opened the newly constructed studios in the College Building, and in 2007 the studios were refurbished once again to their current high specification.

The Studios have also hosted a number of eminent visiting professors including (among others) Iannis Xenakis, Jonty Harrison, R. Murray Schafer and Karlheinz Stockhausen.