Winning not fighting: An interview with John Vincent, co-founder and CEO of LEON, and Julian Hitch, former Wellness Director at LEON

EntrepreneursTalk@Cass are intimate, in-depth interviews with some of the UK’s most innovative and inspirational entrepreneurs. Meet them up close and personal at Cass Business School, with plenty of time for your questions. Head of Entrepreneurship Programmes at Cass, Aurore Hochard, will interview John and Julian. 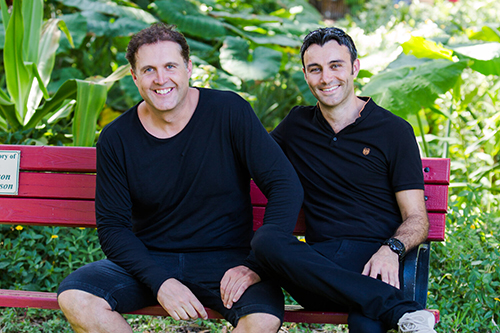 John Vincent is CEO and co-founder of LEON the 'naturally fast-food’ company which he started in 2004 with the mission to help people fall back in love with fast food. LEON has seventy five restaurants in the UK, Europe and the US, and aims to create affordable food that tastes good, does you good, and that is kind to the planet. John has a long track record in trying to make things better, and as he says ’sometimes succeeding’. John began his career in sales and marketing roles at Procter and Gamble before moving to business consulting firm Bain and Company. In 2012 John and his LEON co-founder Henry Dimbleby were asked to lead the development of the government’s School Food Plan which resulted in, amongst other actions, free school meals for all infants. In 2018, John created the government’s Council for Sustainable Business which he Chairs. His practise of the ancient Chinese martial art Wing Tsun has led him to rethink how he leads his life and his business and he and his teacher Julian Hitch wrote and recently published their book on the subject ‘Winning not Fighting’.

Julian Hitch
Julian Hitch is one of the foremost masters in the ancient Chinese martial art of Wing Tsun, teaching throughout the world. Julian applies the martial art to help people transform personally and professionally to achieve business success. As former Director of Wellbeing at Leon he worked with the team in the UK, Europe and the US. Across his career Julian has applied the martial art in numerous ways – he is a close quarter combat trainer for Special Forces units and close protection personnel. As co-founder of The Conscious Coach he uses the wisdom of Wing Tsun to combine executive life and health coaching. A qualified barrister, he also has a Kwoon (school of martial arts) in London.

Aurore Hochard
After a rewarding career as a teacher and tech entrepreneur in the USA and UK, Aurore came back to the Education Industry to share her passion for entrepreneurship with Cass Business School Faculty, staff and students. As well as supporting students contemplating an entrepreneurial venture, Aurore enjoys working with small and large businesses. By creating and running entrepreneurship programmes and events, including start-up weekends, hackathons for corporate partners and business conferences like Cass Innovate, Aurore helps businesses be more competitive by fostering a culture of entrepreneurship and developing more ‘intrapreneurs’ in their organisations.

Please arrive on time (no later than 18:15) as the interview will start at 18:30. Afterwards, we will continue the conversation over a few drinks.

By attending this event you agree to our terms and conditions.