When Charles de Gaulle questioned in 1962 how one might possibly govern a country that boasted 246 varieties of cheese, he referenced a centuries-long tradition of national leaders confronting the wilful diversity of the terrain they called France. With certain honourable exceptions, musicologists have to date been less wilful. In respect of post-Revolutionary musical life we have tacitly accepted the most common political solution to the problem of French diversity—centralisation—and we have let it condition our research questions and practices, our fields of vision, and our conclusions. The main result has been that within music history, Parisian avant-garde cultures have provided the grand narrative for the rest of the country while closing off alternative perspectives.

Within the discipline of History, research following various paradigms, including microhistory, bottom-up history, the cultural turn and the folkloric turn, suggests that for musicologists, consideration of the musical cultures of this in-between terrain of mainland French towns and regions is by contrast eminently worthwhile. I propose five reasons why.

Firstly, such study problematises the concept of centralisation, encouraging exploration of the distinctiveness of music, as compared with other arts (especially the plastic arts), in the face of pressure to conform. Secondly, it problematises the concept of decentralisation as compared with that of regionalism or other forms of local identity-building. Thirdly, it favours the consideration of multiple cultural centres, some of which lie outside national boundaries and/or which indicate permeable or unstable borders and a kind of internationalism that contrasts sharply with that of the capital (e.g. French Catalonia, Alsace, Lorraine, Flanders).

Fourthly, it calls for comparativism both geographical and historical—the former in terms of a joined-up view of disparate art worlds, and the latter in terms of a chronological span crossing régimes. Finally, it affords a kind of music history that guards against the monolithic (‘the national’) or the merely polarised (Paris vs. the provinces; Jacobins vs. the regionalists; metropolitan vs. rural France; high vs. low cultures) by working on different scales and acknowledging the simultaneous existence of multiple layers of belief, discourse, and practice. 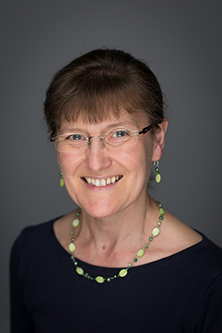 Katharine Ellis held lectureships at the Open University and Royal Holloway, and chairs at the Universities of London and Bristol before becoming the 1684 Professor of Music at Cambridge in 2017. A cultural historian of music in France during the 19th and early 20th centuries, her monographs embrace canon-formation and the press (Music Criticism in Nineteenth-Century France, 1995), the early music revival (Interpreting the Musical Past, 2005), and the tangled web of Benedictine musical politics and Church/State relations c.1900 (The Politics of Plainchant in fin-de-siècle France, 2013). Her current project reappraises the history of French musical life from provincial viewpoints. In 2006, Katharine Ellis became inaugural Director of the Institute of Musical Research, School of Advanced Study, University of London. Elected to the Academia Europaea in 2010, she became a Fellow of the British Academy in 2013, and was elected a Member of the American Philosophical Society in 2017.