Based around a core sextet and founded in 2012 at the Royal College of Music by composers Arne Gieshoff and Nicholas Moroz, Explore Ensemble has since become one of the UK’s most daring young groups, with performances described as 'indefatigably outstanding' (5:4 new music blog), including features at the Huddersfield Contemporary Music Festival in 2016, 2017, and in 2018 alongside the EXAUDI Vocal Ensemble, as well as at Kammer Klang / Cafe OTO, Kings Place London, the Principal Sound festival at St John's Smith Square in London, RNCM's Future Music festival, at Handel & Hendrix in London, EXPO Oxford, University of Leeds, and the Zeitströme Festival in Darmstadt, Germany. The 2019-20 season sees debuts at Cambridge Music Festival, Greenwich University's Loudspeaker Orchestra series, and a new open workshops on live spatialisation with Call & Response at Somerset House Studios. 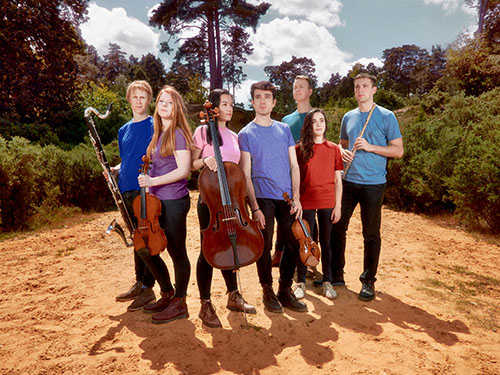