This event is now fully booked; returns may be available on the door, shortly before the performance begins. 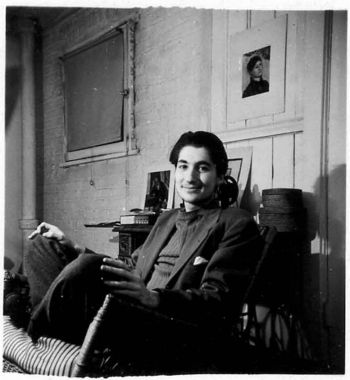 From the mid-1950s onwards, his work explored systematic chance operations and other non-intentional methods, making him a pioneer of indeterminacy in art, alongside John Cage. As an early member of Fluxus, and the leading figure of the Language avant-garde poetry movement, his strikingly beautiful and seminal work changed the forms, methods, performance and possibilities of literature.

Apartment House will perform a selection of his works, covering 50 years of his compositions.

It often seems to me that the whole point of art is pleasure. The pleasure of making artworks and the pleasure of experiencing them

For more than twenty years, the ensemble Apartment House has been at the forefront of experimental music, having commissioned over one hundred new works and staged performances from Oslo to Rome and from Barcelona to Vilnius. Founded by the cellist and artist Anton Lukoszevieze, Apartment House is the most frequently featured UK ensemble in the history of the Huddersfield Contemporary Music Festival. They were awarded a 2012 Royal Philharmonic Society Award for outstanding contribution to Chamber Music and Song.