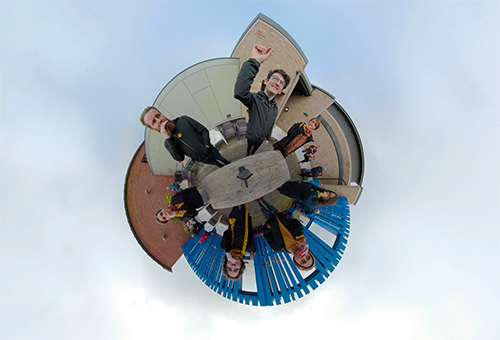 The presentation will discuss the urban performance interventions of Belfast City Choir and HIVE Choir within the sonic and political contexts of public spaces in post-conflict Belfast.

Belfast City Choir was developed as a series of participative music events in 2013-14.  These gathered local literature and verbatim quotations of the city centre shopkeepers, publicans and pedestrians.  These texts formed lyrics for instructional songbooks.  The songbooks invited audience members to raise their own voice in an improvised exploration of the text.

Focusing on the participative acts of Belfast City Choir and HIVE Choir, this presentation will consider the voice as a means of amplifier and censor against a backdrop of contested cultures and spaces - raising public concerns found in text, interview and eavesdropped exchange. It will address how the performances of HIVE and Belfast City Choir might bring attention to socio-sonic issues of Belfast’s public realm, and the potential add to wider conversations that are currently redeveloping and redefining the city.