The award-winning flautist brings a multifaceted programme of contemporary US and Latin American solo works to London, including several works written for and dedicated to her. 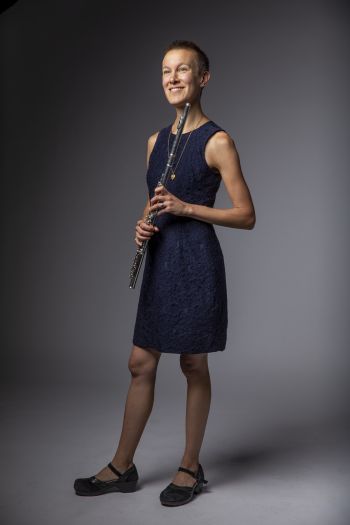 Described as "ferociously talented" (The Oregonian) and "an exemplary performer" (The Log Journal), Grammy-Award winning flautist Molly Barth specialises in the music of today. In demand as a soloist, clinician, and adjudicator, Molly has visited esteemed venues throughout the world. She recently released her first solo album on the Albany label, titled Vento Appassionato.” Todd Gorman of the American Record Guide wrote “Barth is a rock-solid player who knows this music inside and out…. Barth puts across all her selections with spirit and imagination.”

As a founding member of the new music sextet Eighth Blackbird, Molly won the 2007 “Best Chamber Music Performance” Grammy Award, recorded with Cedille Records, and was granted the 2000 Naumburg Chamber Music Award and first prize at the 1998 Concert Artists Guild Competition. As co-founder of the Beta Collide New Music Project, Molly collaborated with individuals from a broad spectrum of disciplines and recorded with Innova Records.

Molly is currently involved with two further ensembles: Duo Damiana, with Dieter Hennings, is focused on broadening the cutting-edge body of repertoire for flute and guitar, and the Zohn Collective, a new music initiative, brings together a core ensemble of musicians with deep musical ties for recording and performance projects throughout the world and was recently featured on the Naxos Oberlin label.