The Austin, Texas-based percussion trio returns to City with a programme colliding virtuoso playing with theatre, electronics and texts, featuring music by some of the most imaginative contemporary North American composers.

Formed in 2009, line upon line is considered “a riveting, always-surprising and delightful trio” by the Austin American-Statesman. The Austin-based trio has premiered over 40 new works for percussion trio by composers such as Laurent Durupt, Andrew Greenwald and Claudia Molitor, and has worked with composers at Stanford University, the University of Huddersfield, City, University of London and Monash University (Melbourne, Australia).

In Texas, the group has taught at UT Austin (Spring 2018), performed at the 2013 and 2017 Fusebox Festivals, Menil Collection (Houston), Victoria Bach Festival, International Festival-Institute at Round Top and is currently a member of the Texas Commission on the Arts Touring Roster. 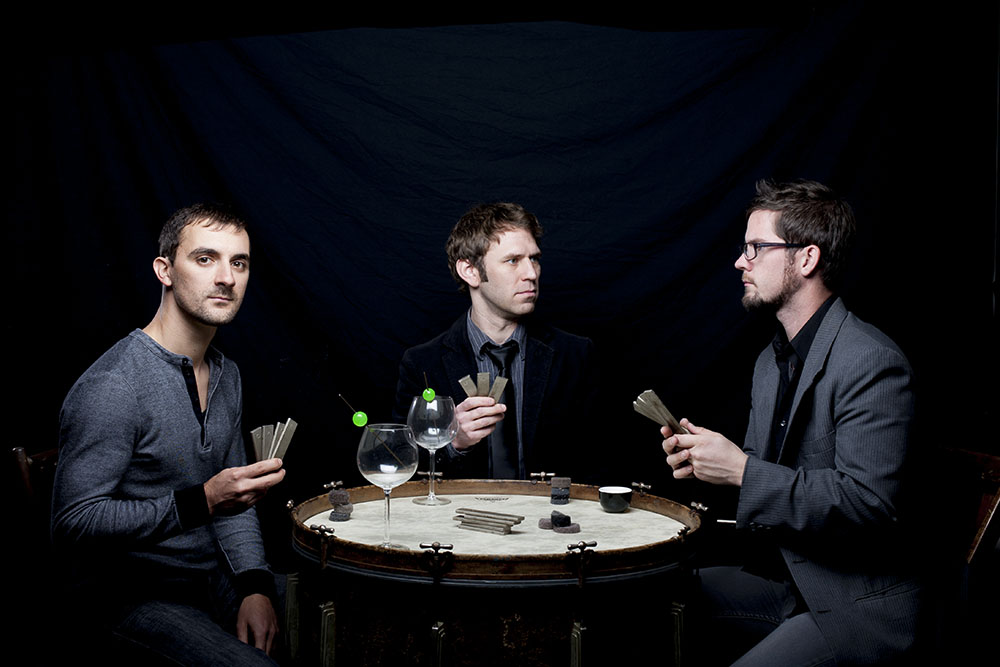