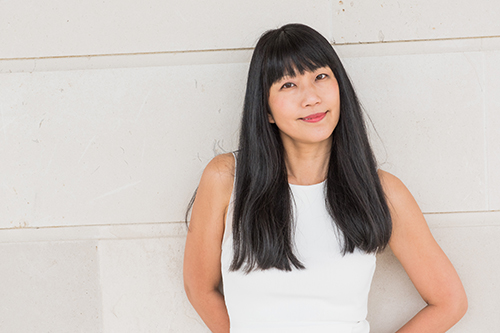 Acclaimed for her “subtle sonority and fascinating colourful tones” (Der Kessener), the Japanese pianist Ikuko Inoguchi enjoys a dual career as a performer and musicologist internationally. After studying with Vitaly Margulis at UCLA, she completed her Doctor of Musical Arts at the University of Colorado, Boulder where she was a recipient of numerous scholarships and the MTNA Star Award and worked as a collaborative pianist and Lecturer of Piano. Following a Visiting Scholar Fellowship at the Institute of Musical Research in London during 2010–2011, she was recently awarded a PhD from City, University of London, for her thesis on concepts of time and musical temporality in the works of John Cage, George Crumb, and Tōru Takemitsu and implications for performance.

As a soloist and chamber musician, Ikuko has performed in concert series and festivals across the UK, Germany, Finland, Italy, France, USA, and Japan and at prestigious venues, such as St. Martin-in-the-Fields and Aichi Art Theatre. In 2013 she performed Rubinstein’s Piano Concerto No.4 with City University Orchestra. As a performer-scholar and musicologist, she has presented a number of papers and lecture recitals at international conferences, symposiums, and research seminars. She was an invited speaker and performer at a study day of The BBC Total Immersion: Music from Japan, a Takemitsu Society meeting, and The Contemporary Music Research Centre at the University of York. Ikuko’s artistic and scholarly activities have generously been supported by Gluck Music Fellowship, Dean’s Grant, Noris Piano Award, Beverly Sears Grant, and Mu Phi Epsilon.