Whose Alternative Public Space? Gender Dimensions of Music on the Internet in Iran

The Department of Music in the The School of Arts and Social Sciences welcomes Dr. Laudan Nooshin as part of its 2019-20 Research Seminar Series. The seminars are open to all - no registration necessary. 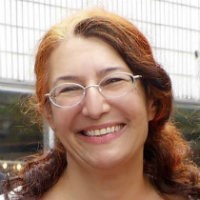 The long history of state control over what music can be heard in the public domain in Iran dates to well before the 1979 revolution and the establishment of the Islamic Republic. However, the guiding principles of such control changed after 1979 as the government sought to regulate the conduct of its citizens according to Islamic principles in both public and - in theory, at least ­ private domains. This impacted particularly on music with its religiously-contested status: certain kinds of music were prohibited and others severely restricted. This tight control continues to be exercised by the Ministry of Culture and Islamic Guidance from which permission is required for all public performance and recording. Effectively, any music in the public domain is, by default, officially approved; and in theory, any music that isn¹t approved cannot be heard in public. There is nothing in-between.

In practice, this sonic control of public space has been multiply contested for decades. But it was the arrival of the internet that for the first time allowed musicians and others to circumvent central control relatively easily, whilst also challenging the strong public-private divide which, as in other Islamic societies, plays an important cultural role in Iran. Iran was the second country in the Middle East (after Israel) to gain internet technology and by the late 1990s it was being used both by state institutions and by individuals seeking a space away from state control.

Almost all of the literature on Iranian cyberspace has, understandably, focused on its liberatory potential, and of social media in particular. Such work tends to be based on a normative assumption and expectation that the internet offers visibility to all. I myself have explored the internet as an alternative, virtual, sphere in which musicians excluded from the physical public domain can reach audiences and contest their enforced hidden status. In this paper, I interrogate the romanticised discourses by which the internet is presented as a democratising space, disconnected from relationships of power in the physical world, by considering the case of women musicians in Iran whose relationship with cyberspace suggests that the internet may serve to hide as much as it reveals.

Laudan Nooshin is Professor of Music and Head of the Music Department at City, University London. Her research interests include creative processes in Iranian music; music and youth culture in Iran; music and gender; neo/post-colonialism and Orientalism; and music in Iranian cinema. Her publications include Iranian Classical Music: The Discourses and Practice of Creativity (2015, Ashgate), Music and the Play of Power in the Middle East, North Africa and Central Asia (ed. 2009, Ashgate) and The Ethnomusicology of Western Art Music (ed. 2013, Routledge).