Her music blurs the lines between songwriting and jazz, melding influences from contemporary crossover artists such as Esperanza Spalding and Becca Stevens to the songwriting canon of the 1970s: Paul Simon, Joni Mitchell and David Bowie. Her songs are stories and narratives, exploring universal experiences as well as reflections on the inner-self and, as a celebration of International Women's Day 2019, this concert will include work inspired by the writers Clarissa Pinkola Estes, Rebecca Solnit, as well as settings of words by Rupi Kaur and Virginia Woolf. 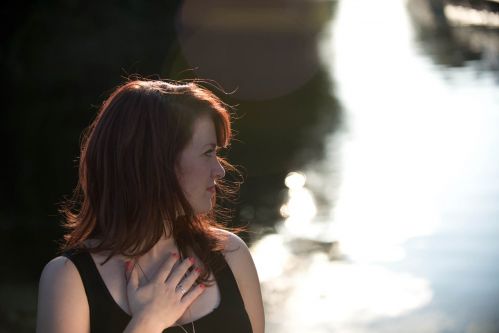 Fini Bearman is a London-based singer, songwriter and composer. She has performed at venues including Ronnie Scotts, The Sage Gateshead, Kings Place, the 606 Jazz club, Pizza Express Dean Street and the Barbican, as well as at venues and festivals across Europe.

Her album Burn the Boat was released in October 2016, to acclaim from publications including Jazzwise, allaboutjazz, the Guardian and the Arts Desk.

Fini studied voice (classical and jazz) at the Guildhall School of Music and Drama before becoming the first vocalist/ composer to be accepted onto the Masters course at the Jazz Institute Berlin, Germany, where she studied composition with US guitarist and composer Kurt Rosenwinkel, and singing with US vocalist and improvisor Judy Niemack. Fini is now the first professor of songwriting on the Jazz Degree at the Guildhall School of Music and Drama, and also teaches at Leeds College of Music and Kent University. Fini is a visiting lecturer at City, University of London.