Student and staff are invited to the next BAME Network event:

City has committed to apply for the Race Equality Charter and this event, organised by City’s Black, Asian and Ethnic Minority (BAME) Staff Network Group, along with other upcoming events will help develop the Charter that will be drawn up.

This interactive debate on the topical conversation of expectation verses reality for ethnic minorities in higher education will focus on the themes of attainment gap, employability and international student recruitment. The diverse panel will lead discussions to broaden thinking and collate concerns and proposals put forward. 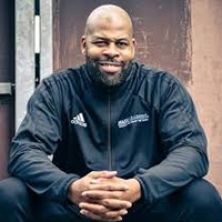 Michael is a former professional football player who has over 20 years of experience playing elite football. Having played in over 500 games for well-known clubs including Chelsea, Leeds United and Stoke City, he accumulated European and Domestic trophies and many professional accolades along the way.

Since retiring from football, Michael now uses all that valuable knowledge, wealth of experience and continued development to work as a Motivational Speaker and provides Executive Coaching through his ‘Made Leaders’ organisation. 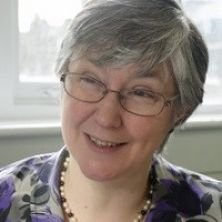 Mary Ann is the Chair of City’s Teaching Excellence Framework Steering Group and a member a national-level Subject Pilot panel for the TEF. Her role across the university aims to ensure that our programmes and student services deliver sector-leading support to City’s students, including enhancing employability.

She led the design of City’s innovative BA English, launched in 2016, which builds on the successful curricula of City’s strongly professional Masters programmes. She also teaches on the MAs in Publishing and the Masters in Innovation, Creativity and Leadership, and is Associate Dean (Student Experience) in the School of Arts and Social Science. 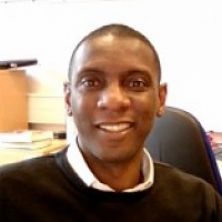 After working in finance for a while, Mark returned to Imperial in 2002 as a Post Doctoral Researcher within the High Energy Physics Group to manage a Technology Transfer program. Mark is also an active member of Imperial As One - the Universities' Race Equality Advisory Group, and has been involved in numerous widening participation and outreach programs that aim to encourage more students from diverse backgrounds to pursue science and engineering as career choices.

As a student, Mark spent most of his spare time as a DJ (DJ Kemist) and more recently founded Xtremix Records, an independent label that provides a remixing service to the music industry. 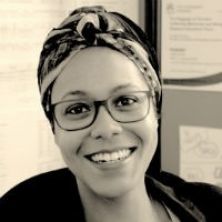 Dr Jenny Mbaye, Centre for Culture and the Creative Industries

Jenny is a Lecturer in Culture and Creative Industries at City, University of London and the Programme Director, of the MA Culture, Policy and Management, which is a predominantly international postgraduate programme of the Sociology Department.

Jenny’s interests are in urban popular cultures, and has researched on the music economy in relation to entrepreneurship, development and social transformation within Francophone West Africa.

Before joining City, Jenny was a Postdoctoral Research Fellow at the African Centre for Cities (ACC) of the University of Cape Town (UCT). She has worked in cultural and media organisations in Senegal and Burkina Faso, as an academic researcher in Canada, the UK and in South Africa; and as a policy consultant in Rwanda, Mauritania, Mali, Congo-Brazza, Morocco, Zimbabwe and Seychelles. 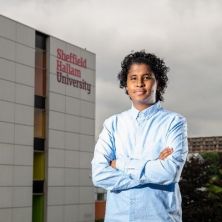 Abdullah is the current Student Union President at Sheffield Hallam University. He balances his time between working towards a Mechanical Engineering degree and being a community activist, public speaker and organiser. He has experience working as the Co-chair of the students BAME Committee at the Students Union and is a Governor at Sheffield Hallam University. Abdullah launched the Students and Staff Race Network at the Black History month campaign in October and led the Black Lives Matter rally in Sheffield 2016.

The discussion will be followed by networking and refreshments.

If you have any queries please contact Val Glasford