Join our EntrepreneursTalk@Cass and hear entrepreneur Emily Brooke MBE share her journey since starting her business Beryl in 2012 and how investor Martin Mignot supports his portfolio of startups!

EntrepreneursTalk@Cass are intimate, in-depth interviews with some of the UK’s most innovative and inspirational entrepreneurs. Meet them up close and personal at Cass Business School, with plenty of time for your questions. 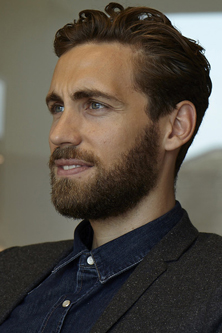 Focusing on startups, which operate in large markets (food, transportation, finance, health, SME) through the development of must-have products, Martin has worked with many entrepreneurs who started such businesses, including, Bird, BlaBlaCar, Cowboy and Deliveroo. Most of his initial investments are Seed and Series A. He also serves on the board of Drivy, KRY, Revolut, TheFamily, Trainline and previously SwiftKey.

Since joining Index in 2010, Martin has spent a lot of time helping build the Parisian ecosystem and also regularly travels to the Nordics.

Prior to joining Index, Martin was in the TMT team at UBS Investment Bank and co-founded the beauty subscription business Boudoir Prive (acquired by Joliebox/Birchbox) and a student web radio service rsp.fm.

Emily Brooke MBE is the founder and Chair of Beryl (previously known as ‘Blaze’).

Emily left reading Physics at Oxford University to study Product Design in Brighton, where she graduated top of her year and where her startup Beryl began as her final year project. 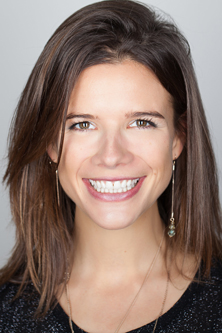 On leaving, Emily won an entrepreneurial scholarship in Boston and was accepted into the first cohort of London accelerator Entrepreneur First. Emily founded the business at the end of 2012 with the sole purpose 'to build a better world by getting more people in cities on bikes'.

Since then she has gone on to win numerous awards, including Bloomberg's 'Business Innovator', the Natwest Everywoman, 'Woman of the Year', and Veuve Clicquot's 'Business Woman New Gen Award'. In 2017 Emily was awarded an MBE for her services to Transport and the Economy.

About our interviewer Axel Threlfall: Reuters Editor-at-Large based in London, Axel hosts high-profile engagements and thought leadership events for and on behalf of Reuters and Thomson Reuters. He was previously Lead European Anchor for Reuters Digital Video. Prior to joining Reuters, Axel spent four years as an anchor for CNBC in London. Before that, he was an editor with The Wall Street Journal in New York and a news reporter for Bloomberg in London. He has also advised businesses and NGOs on their dealings with the international media.