Join our EntrepreneursTalk@Cass and hear entrepreneur Tania Boler share her entrepreneurial journey and how investor Luke Hakes supports his portfolio of startups, including Elvie!

EntrepreneursTalk@Cass are intimate, in-depth interviews with some of the UK’s most innovative and inspirational entrepreneurs. Meet them up close and personal at Cass Business School, with plenty of time for your questions. 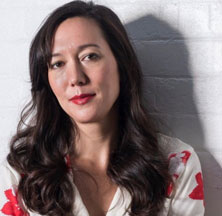 The company has recently raised the largest ever femtech investment to date with a $42M Series B funding round. Over the next two years, Elvie will launch multiple connected devices with the ambition to become the go-to destination for women’s health! 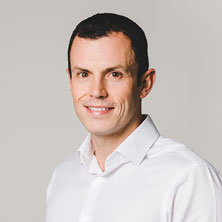 Luke joined Octopus Ventures in 2008. As well as being a General Partner and heading up the firms “Better Faster” strategy he sits across both the Future of Health and Future of Industry Teams, where he works with the rest of the origination team to identify and invest in the next generation of companies that will revolutionise both the health and industrial landscapes.

Prior to joining Octopus, Luke started his career as a scientist where he worked to understanding human disease by using computational methods and big data to reveal the secrets of evolution. After that, he worked as a Management Consultant specialising in the Capital Markets technology sector.

When not at work Luke likes to spend his time travelling, eating, training and doing stuff involving cars.

About our interviewer Axel Threlfall: Reuters Editor-at-Large based in London, Axel hosts high-profile engagements and thought leadership events for and on behalf of Reuters and Thomson Reuters. He was previously Lead European Anchor for Reuters Digital Video. Prior to joining Reuters, Axel spent four years as an anchor for CNBC in London. Before that, he was an editor with The Wall Street Journal in New York and a news reporter for Bloomberg in London. He has also advised businesses and NGOs on their dealings with the international media.