Admission Price: Free to attend but please sign up

Seminar Series: Institute for the Study of European Laws (ISEL)

Much has been said since the UK’s announced its intention to withdraw from the EU as to the future relationship between it and the EU. In 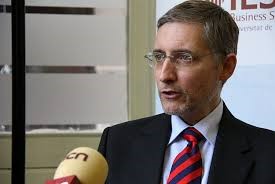 particular, there have been many different arguments for or against Britain (re-) joining EFTA, alongside arguments also for or against Britain becoming a member of the EEA (the ‘Norway solution’). In this talk, EFTA and the EEA will be explained, with a focus especially on what they are and what they are not. In particular, points of discussion will include the free movement of persons, the customs union and Ireland. The influence of the Court of Justice will also be discussed to demonstrate in particular show how the Court system works in the EEA. The idea, however, is not to lobby for a political solution but rather to help the public better understand what it would mean to (re-) join EFTA and the EEA and whether that really is what one expects from Brexit, or not.

Georges Baur currently holds a fellow research post with the Liechtenstein-Institute, a university institute in Liechtenstein. He has been Assistant Secretary-General of EFTA from 2012 to 2018, based in Brussels. He was responsible for the management of the practical functioning of the EEA Agreement. He also dealt with other third country relations of the EU and with Brexit. Previously he held the post of Deputy Head of Mission of the Principality of Liechtenstein to the EU in Brussels. From 2000 to 2003, Dr Baur served as Advisor to the Government of Liechtenstein on matters concerning the financial centre and financial services. Between 1989 and 2000 he worked as a lawyer in a Bank and in a law firm.

Georges Baur holds a doctorate from the University of Zurich and is admitted to the Swiss Bar as an attorney. He has published on various issues of European and international law.