The Department of Music in the The School of Arts and Social Sciences welcomes Abigail Wood as part of its 2019-20 Research Seminar Series. The seminars are open to all - no registration necessary.

"I was sure it was a new song by Shlomi Shabat but it turned out to be a siren." 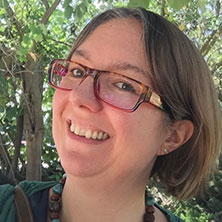 ‘To witness war is, in a large part, to hear it,’ asserts Martin Daughtry in his sonic ethnography of wartime Iraq (2015, 33). From warning sirens to loud booms in the sky; from tweaked radio playlists to the silence of a military funeral; from news reports relayed over the loudspeakers of buses to an unexpectedly catchy Hamas propaganda song: sound is central to the civilian experience of wartime in Israel. Wartime is characterized by vigilant listening to an altered everyday soundscape, and in turn, this soundscape and the embodied responses it demands reconfigure the relationship between civilians, the state, and those on the front lines of the conflict.

Recent work in ethnomusicology has sought to theorize soundscapes and listening practices during wartime—yet most work to date has focused on combatants. In this seminar, based on ethnographic work, recent literature and my own experiences as a civilian during the 2014 Israel-Gaza conflict, I will explore how sounds contribute to the construction of civilians, musicians—and ethnomusicologists—as unwittingly active participants in a war zone. I will also consider how both the violent context of these sounds and the intensity of the embodied responses to them raise ethical and methodological challenges for fieldwork and analysis.

Abigail Wood is senior lecturer in ethnomusicology at the University of Haifa, and during spring 2019 is visiting fellow at the Woolf Institute, University of Cambridge. Her recent research focuses on the soundscapes of the Old City in Jerusalem, including the ways in which the Israeli-Palestinian conflict is reflected and reconfigured in sound, and on intercultural border-crossing in music.