Admission Price: Free to attend, places must be booked in advance

The School of Mathematics, Computer Science and Engineering is delighted to welcome Professor Lord Robert Mair CBE FREng FICE FRS to give the the next City 125th Anniversary Lecture. 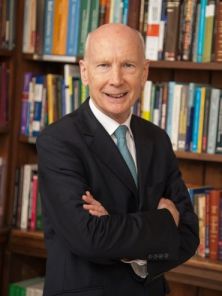 Robert Mair is Emeritus Professor of Civil Engineering and Director of Research at Cambridge University, where until recently he was Head of Civil Engineering. He was Master of Jesus College 2001-2011 and Senior Vice-President of the Royal Academy of Engineering 2008-2011. He was President of the Institution of Civil Engineers 2017-18 and is currently Chairman of the Science Advisory Council of the Department for Transport. Prior to his appointment to a Chair at Cambridge in 1998, he worked in industry for 27 years. In 1983 he founded the Geotechnical Consulting Group, an international consulting company based in London. He has advised on numerous major engineering projects world-wide, is an international research leader in geotechnical engineering and is a world expert on underground construction in soft ground. His principal research interests are in the development of innovative engineering solutions for the design and construction of underground space in complex ground conditions, particularly in urban environments. He leads a major research group at Cambridge, and is Principal Investigator for the Centre on Smart Infrastructure and Construction (CSIC), funded by EPSRC, Innovate UK and industry. His research is on developing new technologies for streamlining new construction and for condition assessment and monitoring of ageing infrastructure, with a particular focus on the application of fibre optic sensing technology and wireless sensor networks. He was elected a Fellow of the Royal Academy of Engineering in 1992 and of the Royal Society in 2007. He was appointed an independent crossbencher in the House of Lords in 2015 and is a member of the House of Lords Select Committee on Science and Technology.