The Riot Ensemble presents the UK premieres of pieces by Georgia Rodgers, Aaron Einbond and Donghoon Shin, commissioned following the ensemble's 2017 Call for Scores, developed at the Southbank Centre as part of the Nordic Music Days festival and premiered in Helsingborg, Sweden in 2018. These pieces also form part of the ensemble's extended recording project, highlighting unique and exciting musical voices in the UK. 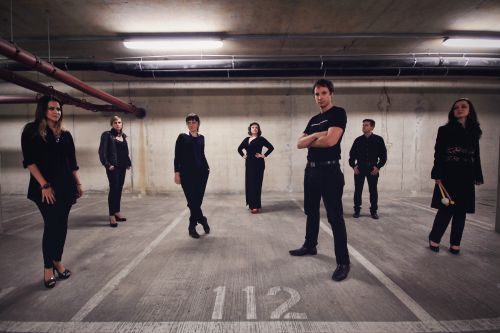 The Riot Ensemble is one of the UK’s most ambitious new music ensembles, connecting people to great contemporary music in concerts and events that are just as innovative, vibrant and rewarding as the music itself.  We do this in venues ranging from the concert hall, to London’s parks, to YouTube. Our twenty Artistic Board members are some of the top European soloists in new music, and with Riot they work as performers, curators, commissioners, and collaborators, creating and producing a diverse array of projects around Europe.

We are particularly active in bringing emerging international voices into the British new-music scene, and since 2012 have given 184 World and UK premieres by composers from more than thirty countries. Our annual call for scores has resulted in almost twenty commissions.

Our other initiatives have included a Young Composer of the Year programme which, in collaboration with the foreSOUND School of Music, has commissioned more than a dozen teenagers to write their first pieces.