The Department of Music in the The School of Arts and Social Sciences welcomes Elizabeth Eva Leach as part of its 2018-19 Research Seminar Series. The seminars are open to all - no registration necessary.

A Little Knight Music: Medieval songs, tournaments and other forms of violence 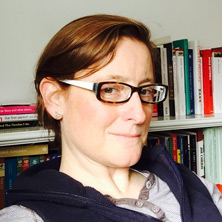 The manuscript Oxford, Bodleian Library, Douce 308, copied in Metz in the early 1310s, can be read as a planned compendium of courtly games and pastimes. It contains the texts of over 500 songs from the preceding 150 years, arranged by genre.

One of these genres is that of the jeu-parti, a competitive word battle, often between named aristocrats, which echoes the more physical contests of the manuscript's narrative poems, which present various tournaments (both mêlée fighting and individual jousts) in settings that are variously literary allegory (Huon de Méry's Tournament of Antichrist), vernacular romance (Jacques de Longuyon's Vows of the Peacock) and versified historical record (Jacques Bretel's Tournament at Chauvency).

These three works attest to the significant role of sound, song, dance, and games within tournaments, as do intertextual links between the refrain citations of Chauvency and the songs in the chansonnier section of Douce 308.

This paper will explore the intersection of the socially entangled courtly cultures of singing and tourneying as attested by Douce 308, and will discuss ways in which the idealized eroticism of courtly love can been seen in the light of ideas of performative violence.

Elizabeth Eva Leach is Professor of Music at the University of Oxford and works on medieval songs from a broadly interdisciplinary perspective.

Her most recent monograph, Guillaume de Machaut: Secretary, Poet, Musician (Ithaca: Cornell University Press, 2011), was awarded the Phyllis Goodhart Gordan Prize by the Renaissance Society of America. Leach maintains a regular research blog: blogposts and free online downloads of many of Leach’s paper publications can be found online via http://eeleach.wordpress.com/.

She is currently holding a Major Leverhulme Fellowship (2015-2018) to support her investigation of the contents (musical and otherwise) of the manuscript Oxford, Bodleian Library, Douce 308. She was elected a Fellow of the British Academy in 2016.