Admission Price: Free to attend; please reserve a place since capacity is limited.

Coinciding with the 2018 SPARC Symposium, a concert featuring two inspirational and innovative composer-performers of live electronic music: Atau Tanaka, whose work utilises gesture and electrical impulses from the nervous system as a means of controlling sound, and Jo Thomas, who presents multichannel live electronic vocal transformations and electro acoustic work.

For full details of the SPARC events on 11th-15th September, please see the symposium listing, or visit the SPARC website: sparc.london. 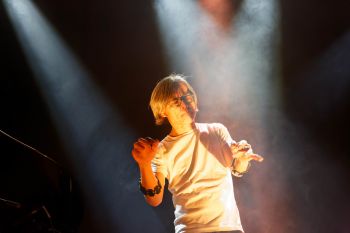 Atau Tanaka uses muscle sensing with the EMG signal in musical performance where the human body becomes a musical instrument. Atau’s first inspirations came upon meeting John Cage during his Norton Lectures at Harvard and would go to on re-create Cage’s Variations VII with Matt Wand and :zoviet*france: in 2008. In the 1990s he formed Sensorband with Zbigniew Karkowski and Edwin van der Heide and in the Japanoise scene he has played alongside artists like Merzbow, Otomo, KK Null and others. His second trio, Sensors_Sonics_Sights was with Thereminist Laurent Dailleau and visual artist Cecile Babiole. He has had CD releases on CD’s on Sub Rosa, Bip-hop, Caipirinha Music, Touch/Ash, Sonoris, Sirr-ecords, Goldsmiths Press/NX Records. He has been artistic co-director of STEIM and has worked at IRCAM and Sony CSL Paris. His work has received awards from Ars Electronica, and been presented at Sonar, Mutek, Transmediale/CTM, SFMOMA, ICA, Eyebeam, NTT-ICC, and ZKM. 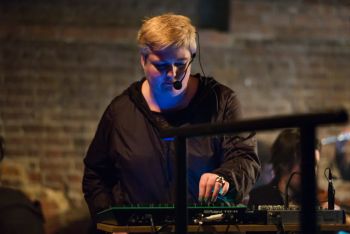 Jo Thomas is a London-based electronic music composer. Her music captures a combination of raw and sensitive sonic matter, stemming from her own voice, electronically generated signals and new electronic instruments, her latest addition being a twelve string Chapman Stick. She has a PhD in electroacoustic composition from City, University of London (2005). In 2012 Jo Thomas won the Golden Nica in Prix Ars Electronica Digital Music and Sound Art Category for Crystal Sounds of a Synchrotron. She has performed alongside artists including Will Dutta Lara Jones, Charles Hayward, Maria Chavez, Lee Gamble, Phil Niblock and Squarepusher. She has been commissioned in studios internationally such as INA GRM Paris, the Djerrasi Studios, San Francisco and EMS Stockholm. Her work has been performed in Festivals including the Huddersfield Contemporary Music Festival, Elita Festival Milan, Norbert Festival, Radio France,Tempo Reale Italy, Tempora Festival Bulgaria.

Jo sits on the Board of the Sound and Music and is a director on the board at BASCA She identifies as being disabled and is an advocate of diversity and inclusion in music and the Arts.