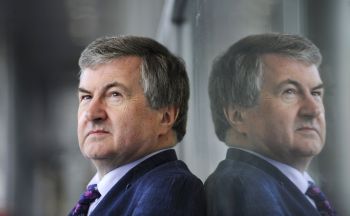 BIO
Richard J Evans is Provost of Gresham College, London, and Visiting Professor of History at Birkbeck, University of London. He is the author of numerous books on modern German and European history, including, most recently, The Third Reich in History and Memory, and The Pursuit of Power: Europe 1815-1914. He is currently completing a biography of Eric Hobsbawm, to be published by Little, Brown in February 2019.

SUMMARY
This lecture explores the ways in which Hitler and the Nazis imagined a future war. It would be heroic and victorious, and all Germans would take part in it in one way or another. Warfare was the means by which they would survive and triumph in the Darwinian struggle of races for supremacy. The Nazi vision of war, expressed in visual and verbal imaginings, was a vision of war without limit and without end. It would demand sacrifice and dedication but without it the 'Aryan' race would perish.

This event will be followed by refreshments.