Places are strictly limited and those interested must register interest first with Stephen Hitchcox (S.M.Hitchcox@city.ac.uk) and await confirmation. 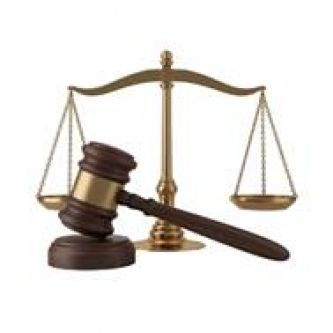 
Event Outline
The UK electorate’s referendum vote in favour of leaving the European Union has provoked heated debates on just what kind of impacts Brexit has had, could have, and will further have, for our perspectives on justice and injustice. For some, the calling of a referendum itself was democratically unjust; to others the referendum epitomised the very essence of a just democratic process for both the UK and the European Union more widely.

Likewise, extensive discussions and views continue to be espoused on the pouring of resources into the EU and how this hinders or furthers justice in terms of allocation and redistribution of resources. Relatedly, the justice and injustice of the sharing of these and other resources, amongst British citizens, EU citizens, and others in the UK territory, brings up questions concerning what kind of British, European and indeed global society we want, envisage and, is most just. It brings to the fore, questions about the value and structure of the state, in a world which has, of recent decades, been more vividly constructed as globalist, interconnected, and as being of ‘beyond the state’. It explores the consequences of global governance for justice at national and international levels, as well as vice-versa, the effects of national level ideals of justice on global governance.

This workshop and project undertakes an exploration of ideas of justice and injustice in the context of Brexit. We ask, whose justice is affected by Brexit? What justice is affected by Brexit? What does a just society look like?  Whether Brexit is perceived as one of justice or injustice is related strongly to our perspective on the kind of British, European and global society we want and envisage. The project offers critical reflections upon gender, race, ethnicity, governance, trade, migrants, culture and constitutional law, in the context of Brexit and reflects upon the role of national and international authorities, as well as civil societies. It considers: justices and injustices of Brexit pervade national, European and global spaces, and, being extraordinarily multifaceted in nature, call for pause and renewed reflection on the ways in which models of ‘united in diversity’ can be achieved, if indeed they can be achieved. The event and project also consider concerns around how a ‘just’ Brexit is to be evaluated, including what objective analytical tools are appropriate to evaluate this. It reflects upon the need for objective methodological tools to rigorously analyse and question our understanding of whether and how national and global governance affect the pursuance of a just society.

A programme for the event can be found here.