Our Coca-Cola Executive MBA scholar Kylie Poole will moderate a conversation with four senior executives with close professional ties to explore the importance of networks, the power of confidence and the power of data in making a case for women.

Jane is a member of the firm’s Global Fixed Income and Currencies Committee. She previously headed the Latin American Private Client Discretionary Portfolio Management team, overseeing Latin American bond allocations, and worked in RBC’s Treasury Division. Prior to joining RBC Jane worked with the Minister of State (Finance) in Ottawa. She earned an MSc in Finance and Investment from the Cass Business School, City University, London, and has been a CFA charterholder since 1996.

Suzanne Gaynor
Vice President and Senior Portfolio Manager,
Global Fixed Income and Currencies
Suzanne specializes in the Canadian fixed-income market. She began her career in the Canadian money-market department of RBC in 1981. She worked for the bank's pension fund and foreign-exchange department before moving to the firm. She has been trading bonds since 1988 and managing Canadian fixed-income portfolios since 2000. 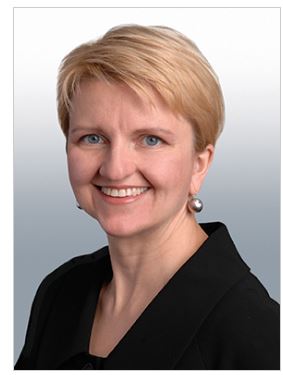 As Head of Global Fixed Income and Currencies at RBC Global Asset Management, Dagmara leads investment teams in Toronto, London and Minneapolis in charge of almost $100 billion in fixed income assets. In her duties as a portfolio manager, Dagmara heads management of several bond funds, manages foreign-exchange hedging and active currency overlay programs across a number of funds. Dagmara chairs the Fixed Income Strategy Committee. She is also a member of the Investment Policy Committee, which determines asset mix for balanced and multi-strategy products, and the RBC Investment Strategy Committee. In 2016, she was appointed to the RBC GAM Executive Committee.

Dagmara, who began her investment career in 1994, holds an MBA from the Richard Ivey School of Business in Canada and a Master’s degree in economics from the University of Lodz in Poland. Dagmara has been a CFA charterholder since 1997. 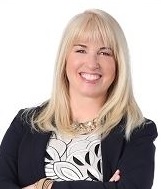 With over 20 years' experience in Capital Markets, Wendy has worked in many roles at several of the Big 5 banks' Capital Markets divisions, as a Senior Economist, Manager in Analytics and Electronic Trading Development, and most recently in Emerging Markets Fixed Income Institutional Sales, marketing to large institutions in Canada and the United States. In October of this year, she moved off the trading desk to pursue a new challenge: creating a Diversity and Inclusion Office for Scotiabank's Global Banking and Markets Division.

A strong supporter of women in her business, Wendy is an active member of several organizations including Women in Capital Markets, and Women in Leadership, having served on various committees and also as a mentor for over 10 years. In 2014, Wendy won WCM's Executive Coaching Award.

Outside of her career, she has two major passions: travel and the resolution of global poverty issues.
She is a Governor of Opportunity International, a charitable microfinance organization which has clients in over 20 countries.
Wendy has an MA from York University in Economics and a BA Honors from Glendon College, major in Economics and a minor in French Literature

We support women who want to grow and are seeking their unique version of success; a success that can go well beyond corporate or entrepreneurial leadership to include community involvement, mentoring and other initiatives.

For more information about Cass’s Global Women’s Leadership Programme, the events you can attend, or to join our network please contact us at cassgwlp@city.ac.uk.
#casswomen

We are looking forward to welcoming you to the event.

Thank you for your inquiry.

With further questions please contact the organiser via this link.