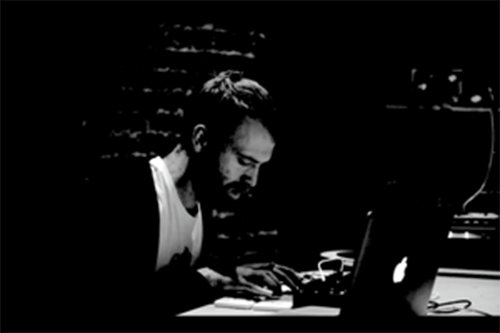 Computer-generated synthetic sound presents us with acoustic phenomena whose origins lie in technologically mediated physical effects of virtual information processing. In experience, this can form an unstable kind of ecology, where materiality intersects with a more abstract ontology of functions and algorithms. In the context of composition, performance, and listening, the phenomenology of computer sound may suggest an assembly of agencies – physical, virtual, cybernetic, human. This way of framing sound can be linked to Katherine Hayles’ and other writers thinking on how information and matter are entangled in ‘the posthuman’, where ‘there are no essential differences or absolute demarcations between bodily existence and computer simulation, cybernetic mechanism and biological organism, robot technology and human goals’ (Hayles 1999). A central element in this talk is the ‘posthuman listener’, which may include both a loosely defined human subject, and automatic algorithms: an organism situated in a ‘postnatural’, synthetic ecology. Applying Brian Kane’s concept of acousmaticity – based on a rethinking of acousmatic theory – I approach the acousmatic side-effects of human-algorithmic-physical processes: a speculative synthesis where technology and nature are continuously connected. I also discuss how this thinking has informed my own music practice recently.

Erik Nyström is a composer of electroacoustic and computer music. His musical output includes fixed media works, live algorithmic performances, and installations, and tends to make use of multichannel spatial sound production. His theoretical work mostly concerns aesthetic and technological subjects related to space, texture and synthesis, and has been presented in Organised Sound and EContact! journals, and international conferences including International Computer Music Conference and Beyond Humanism Conference. He is Lecturer in Music at City, University of London, and previously held a Leverhulme Fellowship at University of Birmingham, where he was working with Birmingham Electroacoustic Sound Theatre (BEAST).