'Too big to fail: free speech and the future of financial journalism' 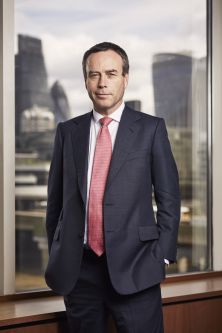 Lionel Barber is the editor of the Financial Times. Since his appointment in 2005, Mr Barber has helped solidify the FT’s position as one of the first publishers to successfully transform itself into a multichannel news organisation. During his tenure, the FT has won numerous global prizes for its journalism, including Newspaper of the Year, Overseas Press Club, Gerald Loeb and Society of Publishers in Asia awards.

He has co-written several books and has lectured widely on foreign policy, transatlantic relations, European security and monetary union in the US and Europe and appears regularly on TV and radio around the world. As editor, he has interviewed many of the world’s leaders in business and politics, including: former US President Barack Obama, sitting US president Donald Trump, Chancellor Angela Merkel of Germany and President of Iran Hassan Rouhani.

Mr Barber has received several distinguished awards, including the St George Society medal of honour, the Légion d'Honneur and in February 2018, the Media Society’s annual award for his outstanding contribution to journalism. He serves on the Board of Trustees at the Carnegie Corporation of New York and is Chairman of the Tate.

The lecture will be followed by a reception for all guests.

If you have any queries or need to change your RSVP at any point please email eventsrsvp@city.ac.uk