The Department of Music in the The School of Arts and Social Sciences welcomes Björn Heile as part of its 2018-19 Research Seminar Series. The seminars are open to all. No registration needed. 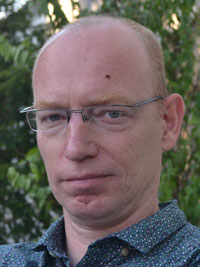 According to theorists of embodied cognition in music, ‘how we comprehend music is by imitating, covertly or overtly, the observed sound-producing actions of performers’ (Cox 2016, 12). Accordingly, rather than relying on disembodied mental computation, listening to music is an active participatory process involving the motor system and consisting of physical re-enactment. As a genre that has placed particular emphasis on the physical movement inherent in and visual and theatrical qualities of musical performance, experimental music theatre is a particularly interesting test case for the application of theories of embodied cognition to the analysis and interpretation of music.

Although I will also be referring to the work of the composer with arguably the best claim to have been the inventor of the genre, John Cage, I will focus on the work of composers who were born in Argentina or indeed lived there: Mauricio Kagel (1931-2008) and Gerardo Gandini (1936-2013).

Björn Heile is Professor of Music (post-1900) at the University of Glasgow. He is the author of The Music of Mauricio Kagel (2006), the editor of The Modernist Legacy: Essays on New Music (2009), (2009), co-editor (with Peter Elsdon and Jenny Doctor) of Watching Jazz: Encountering Jazz Performance on Screen (2016) and co-editor (with Charles Wilson) of The Routledge Research Companion to Modernism in Music. He specializes in new music, experimental music theatre and jazz, with particular interests in embodied cognition, global modernism and cosmopolitanism. He has more projects than he cares to remember, most of which inhabit the twilight zone between the utopian and the doomed.