The Department of Music is pleased to host the third of their Music Industry Q&A Session with top level industry professional Danton Supple.

Our Music Industry sessions gives you an opportunity to hear from top level industry professionals, and to have a chance to ask them questions about their work, and about music careers in general. It’s a great opportunity to have direct contact with well established musicians, and to get some inside scoop on what it takes to establish a career in music. 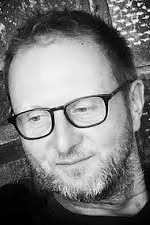 Danton is a London based Record Producer and Mixer. He has over 30 years experience in studios and studio production with a diverse and successful range of artists as engineer, mixer and producer. Having trained as a recording engineer at Sarm Studios under producers Trevor Horn , Steve Lipson and Julian Mendelsohn he moved to Westside Studios to work with Clive Langer and Alan Winstanley. He went freelance in 1994 working with producers Phil Spector, Steve Lillywhite, Gil Norton , Mike Hedges, Steve Osborne, Flood, Ken Nelson, Paul Oakenfold, Brian Eno, Hugh Jones, Chris Hughes , Mark Saunders and Ian Stanley. He moved into production and mixing soon after with projects including Amy MacDonald, Soulsavers, Coldplay, Ian Brown, Morrissey, Oceansize, Starsailor, Lucie Silvas, The Devlins, Kylie Minogue, Patti Smith, Electric Soft Parade and The Doves.