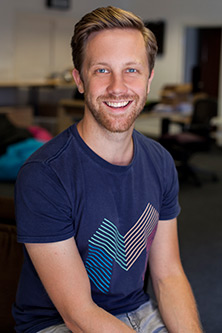 Monzo: The bank of the future

Join our EntrepreneursTalk@Cass and hear Tom Blomfield, co-founder and CEO of Monzo, one of a number of ‘challenger’ banks in the UK, talk about how he is trying to build the best current account on the planet and his plans for 2018 after recently raising £71 million in a round led by Goodwater Capital.

EntrepreneursTalk@Cass (in partnership with Thomson Reuters) are intimate, in-depth interviews with some of the UK’s most innovative and inspirational tech entrepreneurs. Meet them up close and personal at Cass Business School, with plenty of time for your questions.

About Tom Blomfield: Tom is the CEO and co-founder of Monzo, a bank designed for your smartphone. Founded in early 2015, Monzo has grown to over 500,000 customers and employs approx. 200 people in London. Tom previously founded GoCardless, a fintech startup that has gone on to raise $50m. In 2013, he was nominated as one of the Top 5 Entrepreneurs Under 30 by the European Commission.

About Axel Threlfall: Reuters Editor-at-Large based in London, Axel hosts high-profile engagements and thought leadership events for and on behalf of Reuters and Thomson Reuters. He was previously Lead European Anchor for Reuters Digital Video. Prior to joining Reuters, Axel spent four years as an anchor for CNBC in London. Before that, he was an editor with The Wall Street Journal in New York and a news reporter for Bloomberg in London. He has also advised businesses and NGOs on their dealings with the international media.