What are the research gaps that need to be filled to help public-private action be more effective in promoting nutrition?

The Centre for Food Policy’s Food Thinkers series aims to advance the thinking and practice of integrated approaches to food policy.

Many food system stakeholders from public and private sectors think that they should be doing more and better work together to make the food system deliver more affordable and available nutritious food for all.

What are the knowledge and evidence gaps that are holding us back from doing this and are they researchable?

This presentation will explore potential areas where more and better public-private engagements can advance nutrition, ask what is holding back these engagements and what research can do to inform and facilitate them and make them more likely to deliver. 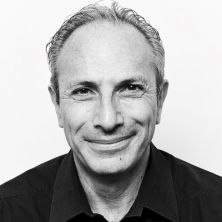 Before joining IDS in 2004, he was Director of the Food Consumption and Nutrition Division at the International Food Policy Research Institute (IFPRI) from 1994 to 2004. From 2009-2010 Lawrence was the UK’s representative on the Steering Committee of the High Level Panel of Experts (HLPE)of the UN’s Committee on World Food Security (CSF). He was the President of the UK and Ireland’s Development Studies Association from 2010 to 2012. An economist, Lawrence completed his PhD in Food Research at Stanford University in 1988.

School of Arts and Social Sciences