Event is now fully booked. We do not have a waiting list for this event. The recording of this lecture will be made available post event.

The City is a major part of the UK economy.  Brexit will damage the City with consequences for tax revenue and employment throughout the country.  The issue is how much and over what period.  The Brexit negotiations are now entering the final, and crucial, stage, but at present the UK and EU positions are far apart.  Sir Mark Boleat has been a centre of policy discussions on Brexit since the Referendum was called.  He argues that the finance industry will be fine after Brexit, and the task of the British government should be to keep as much of it as possible in the UK, which will require a more flexible approach both to the Brexit negotiations and domestic policies on tax, regulation and immigration. 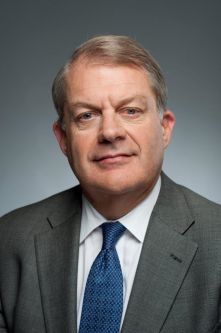 Sir Mark Boleat holds a portfolio of public sector, commercial and voluntary positions. He is Chairman of Link (which runs the country’s network of cash dispensers), Chairman of the Housing and Finance Institute, Senior Partner of Albionrock (a consultancy firm specialising in Brexit), Senior Associate Fellow at the Centre for European Reform,  a member of boards of the Centre for London and Homes for Londoners, and a member of the City of London Corporation’s Policy and Resources Committee, having been Chairman of that Committee (the political leader of the City) from May 2012 to May 2017. Among the previous positions he has held are Director General of the Building Societies Association, the Council of Mortgage Lenders and the Association of British Insurers and Chairman of the Channel Islands Competition and Regulatory Authorities and the Jersey Development Company. He has also been a non-executive director of a number of commercial companies and a board member of the Housing Corporation, the Gibraltar Financial Services Commission, the National Consumer Council and the Regulatory Policy Committee.

Mark has written a number of books and papers, most recently Brexit and financial services – the story so far” published in March 2018 by the Centre for European Reform.

Mark was knighted in the 2017 Birthday Honours for services to the financial services industry and local government in London.

Registration for the event is recommended.

We are looking forward to welcoming you to the event.