This seminar is part of the Department of Music Seminar Series 2017-18. The seminars are open to all - no registration necessary. 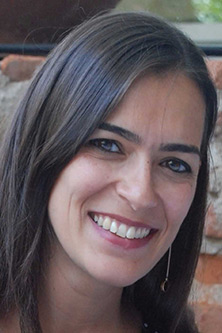 This presentation aims to demonstrate the influence of British popular music in the Spanish context of the sixties and to note the presence of Spanish musicians and artists in the United Kingdom. These musicians developed new tendencies and sounds, and, after their stay in the British country, contributed to the entry in Spain of new imaginaries, forms of behaviour and discourses built on rock'n'roll, beat and pop. As a phenomenon common to several Mediterranean countries, pop aesthetic contributed to the modernization of Spain.

The comparison of news in the press and the analysis of cinematographic production allow for an identification, in the Spanish context, of stylistic novelties ideologically derived from musical genres. Thus, the main objective of this project is to analyse the social, political and ideological discourses built by the media around these musicians, the marketing strategies that can be deduced from them and the opinions expressed in the media at that time.

Teresa Fraile obtained her degree in Music Sciences at the University of Salamanca (Spain) in 2001, and her M.A. (2004) and Ph.D. Music in Contemporary Spanish Cinema (2008), both at the University of Salamanca. She takes part in the national research project Music into conflict in Spain and Latin America: between hegemony and transgression. Her field of study has been focused on the inclusion of music in film and on Spanish popular music.

She has published several articles and research works, including the book Música de cine en España: señas de identidad de la banda sonora contemporánea (2010), co-edited La música en los medios audiovisuales (Arcibel 2012), and she was guest co-editor for the special issue “Recent Approaches to Sound and Music in Spanish Audiovisual Media” (Music, Sound and the Moving Image, Liverpool University Press, 2010). She teaches at the University of Extremadura and is President of the Spanish Society for Ethnomusicology.