Admission Price: This event is free to attend. 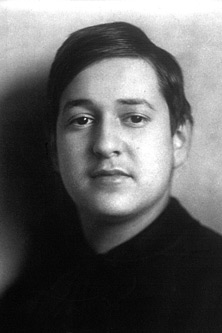 What can characters hear in film? This question prompts us to wonder about the nature of a film’s reality and the role of that music typically referred to as ‘score’ or ‘underscore’ plays in constituting that world. Through a combination of spoken text and video essays, which explore the question in the context of the film scores of Erich Korngold, my paper is an attempt to ask what might it mean to call some film sound material/phenomenal and infer that other sound is noumenal, lying in a supersensible realm beyond the experience of the characters. It thus asks metaphysical questions of film. Although it advocates for a position that might be labelled ‘post-Kantian’, it nonetheless suggests that asking the question is more important than the answer.

Ben Winters is Lecturer in Music at The Open University, and is the author of Music, Performance, and the Realities of Film (Routledge, 2014) and Erich Wolfgang Korngold’s The Adventures of Robin Hood: A Film Score Guide (Scarecrow Press, 2007). He has published on film music in journals including Music & Letters, JRMA, and Music, Sound, and the Moving Image, and in a number of edited collections. Current projects include co-editing the Ashgate Screen Music series and co-editing The Routledge Companion to Screen Music and Sound (forthcoming). Ben was a research fellow at City from 2006–2008.