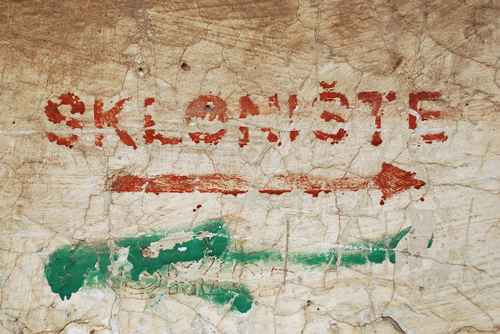 "The stories that accompany the photographs, provided by citizens of the city, are a means of conveying the survival, humanity, humour, warmth and kindness of Sarajevo’s citizens during the siege. They describe an atmosphere in which the remarkable became routine, and the extraordinary became the norm, and capture the surreal horror, desperation, brutality and madness of a modern city under siege."

Dermot Dunne has been a regular performer throughout Ireland, Europe and the USA. He took masterclasses in Belgrade (Serbia) during the war followed by studies at the Kiev conservatory in the Ukraine. His time in Belgrade remains a subject close to his heart. He is a much sought-after musician who specialises in contemporary music. He plays with various chamber groups and orchestras including the RTE Concert Orchestra, Ulster Orchestra, National Youth Orchestra, Crash Ensemble and Concorde.

“Sklonište pays respectful homage to the people of Sarajevo, a timely reminder of how the horrors of war impact on innocent civilians. An excellent musical recital, Dermot Dunne’s accordion playing lent a disturbing sense of immediacy. Its discordant soundtrack, ever truly evoked a strong response.” (The Irish Examiner)