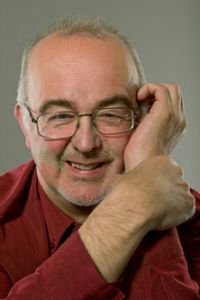 Pianist Martin Roscoe is renowned for his versatility at the keyboard, equally at home in concerto, recital and chamber performances, in a career that has spanned four decades.

With a repertoire of over 100 concertos performed or recorded Martin works regularly with many of the UK’s leading orchestras, having especially close links with the BBC Philharmonic Orchestra, BBC National Orchestra of Wales, BBC Scottish Symphony Orchestra, Hallé, Manchester Camerata, Northern Chamber Orchestra and with the Royal Liverpool Philharmonic Orchestra, where he has had over ninety performances. Martin has worked with many eminent conductors, including performances with Sir Simon Rattle, Sir Mark Elder and Christoph von Dohnányi.

Having had over 500 broadcasts, including seven BBC Prom appearances, Martin is one of the most regularly played pianists on BBC Radio 3. Martin has also made many commercial recordings for labels such as Hyperion, Chandos and Naxos. He has recorded the complete piano music of Nielsen and Szymanowski, as well as four discs in the Hyperion Romantic Piano Concerto series.