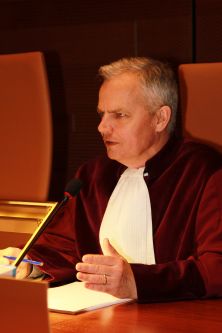 The City Law School, under the aegis of the Jean Monnet Chair in EU Law, is delighted to invite you to the following event:

Judge Bay Larsen will hold a conversation about his role as a Judge of the European Court of Justice, a position which he has held since 2006, with Professor Panos Koutrakos, Professor of European Union Law and Jean Monnet Chair in EU Law at City Law School.

The event will be followed by a wine reception.

The event will be accredited for 1 hour CPD.