While a number of scholars have theorized links between music and industrial production developments within Fordist and post-Fordist frameworks, these studies often neglect a related aspect to such capitalist strategies: the upgrading or updating of cultural products (e.g. cars, computers, iPhones). This paper begins to outline the key aspects of what could be deemed as 'Sloanism' in cultural production. Using examples from pop production teams such as The Trackmasters, Jimmy Jam and Terry Lewis, and Stock, Aitken and Waterman (SAW), a Sloanist perspective may help to provide a deeper understanding of not only popular music more generally, but also cultural products such as pop cover versions, film remakes, franchise re-boots, as well as the emphasis on speed in the updating/upgrading of certain musical products. 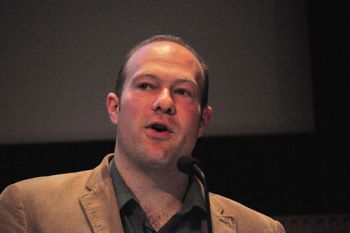 Dr. Williams is Lecturer in Music at the University of Bristol (UK) where he teaches classes on analysis, jazz and hip-hop. He is author of Rhymin' and Stealin': Musical Borrowing in Hip-hop (2013, University of Michigan) and has been published in Popular Music, Popular Music History, and The Journal of Musicology. He is currently editing the Cambridge Companion to Hip-hop and is co-editing a Cambridge Companion to the Singer-Songwriter.