Dr Ranganathan's paper will be based on her newly published monograph Strategically Created Treaty Conflicts and the Politics of International Law (CUP 2014). The monograph calls attention to the fact that small groups of powerful States have often sought to coerce and capture multilateral legal regimes by creating treaties that conflict with them. It explores theoretical possibilities of legal regulation of such politically charged treaty conflicts, and investigates their empirical dynamics in regimes for seabed mining, nuclear governance, and international criminal justice. 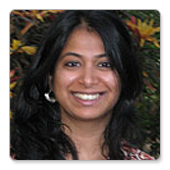