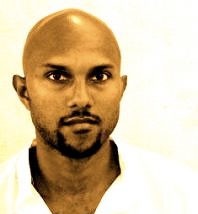 Dr Eddie Bruce-Jones, AB (Harvard); MA (Humboldt-Universität zu Berlin); JD (Columbia); LLM in Public International Law (KCL); DPhil (Humboldt-Universität zu Berlin); Academic Fellow of the Honourable Society of the Inner Temple (2012-2015); Member of the New York State Bar. Dr Bruce-Jones was appointed Lecturer in Law at Birkbeck in September 2010. He is the Director of the LLM Qualifying Law Degree Programme. From 2009-2012, he was Visiting Lecturer in Public International Law at King's College London School of Law. In 2011 he was selected as an Atlantik-Brücke German-American Young Leader, and in 2009 he was awarded the Georg Schwarzenberger Prize by the Institute for Advanced Legal Study for outstanding postgraduate achievement in international law. From 2008-2009, he was an associate at the law firm Cleary Gottlieb Steen & Hamilton, LLP in London, where he handled a number of asylum and public international law pro bono matters.

Dr Bruce-Jones serves on the Board of Directors of the Institute for Race Relations. He is a comparative law specialist for the Independent Commission on the Death of Oury Jalloh (on police brutality and due process) in Germany as well as Sexuality and Gender Identity Resource Co-ordinator for The Fahamu Refugee Legal Aid Network based in Oxford, directed by Dr. Barbara Harrell-Bond. He has taught general education and writing courses in prisons in Boston and New York and has worked on prison reform issues in various capacities.

Centre for Crime and Justice Research