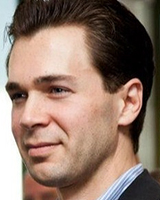 The law of torts recognises many defences to liability. While some of these defences have been explored in detail, scant attention has been given to the theoretical foundations of defences generally. In particular, no serious attempt has been made to explain how defences relate to each other or to the torts to which they pertain. The goal of this book is to reduce the size of this substantial gap in our understanding of tort law. The principal way in which it attempts to do so is by developing a taxonomy of defences. The book shows that much can be learned about a given defence from the way in which it is classified. Tort Law Defences was awarded Joint Second Prize for the 2014 Society of Legal Scholars Peter Birks Prize for Outstanding Legal Scholarship.

James Goudkamp is a Fellow of Keble College, Oxford, and an Associate Professor at the Oxford Law Faculty. He has held or holds visiting positions at Harvard Law School, the Inner Temple, the National University of Singapore, the University of Western Australia and the University of Wollongong. James' principal research interest is the law of obligations, especially the law of torts.

Institute for the Study of European Laws