Abstract: In connection with the first performance of vale for solo flute, I'll be talking about how this and other recent works extend the concept of "radically idiomatic instrumentalism", the role played in the development of this concept by ideas emerging from improvisational practice, and some perspectives on its possible future development. 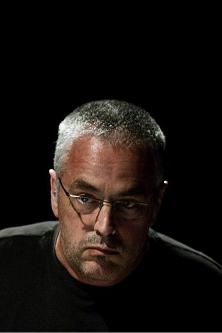 Biography: Richard Barrett (1959) is internationally active as both composer and improvising performer, and has collaborated with many leading performers in both areas, while developing works and ideas which increasingly leave behind the distinctions between them. His long-term collaborations include the electronic duo FURT which he formed with Paul Obermayer in 1986 (and its more recent octet version fORCH), composing for and performing with the ELISION contemporary music group since 1990, and regular appearances with the Evan Parker Electro-Acoustic Ensemble since 2003. Recent projects include CONSTRUCTION, a two-hour work for twenty-three performers and three-dimensional sound system, premiered by ELISION in 2011, and the hour-long life-form for cello and electronics, premiered by Arne Deforce in 2012. Current projects include world-line for electric lap steel guitar, trumpet, percussion and electronics, commissioned by Daryl Buckley, and new works for Ensemble Studio6 of Belgrade and for the Radio-Symphonie-Orchester Stuttgart. He studied composition principally with Peter Wiegold, and currently teaches at the Institute of Sonology in The Hague, having previously held a professorship at Brunel University in London. His work as composer and performer is documented on over 25 CDs, including six discs devoted to his compositions and seven by FURT.

The concert following this talk, Richard Craig (flute): New works by Barrett, Ireland and Croft, will begin in the Performance space at 7pm.